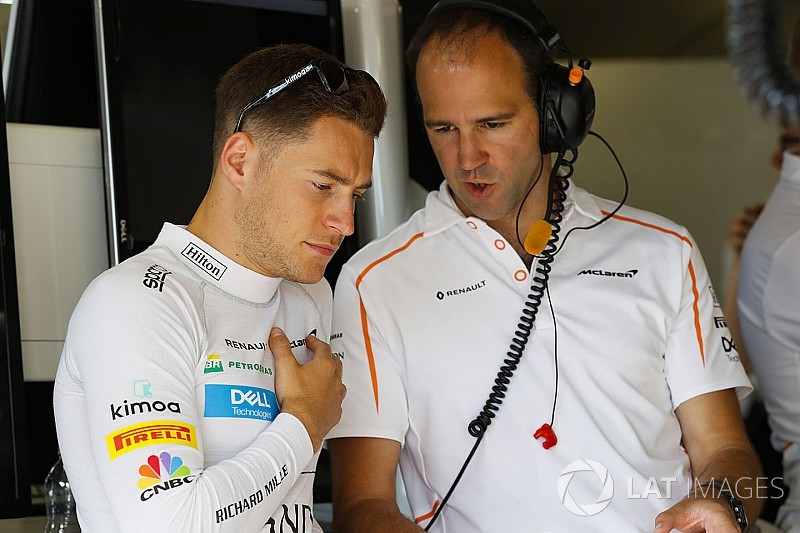 Stallard, who is also famously known as an Olympic silver medalist in rowing, says that a transcript of a comment he made as a preview to the Austrian Grand Prix got amusingly mis-typed.

In his Engineer's Lowdown for McLaren's Twitter feed, Stallard was running through the various corners at the Red Bull Ring and made reference to the dip in the last turn which he suggested was like a 'bomb hole'.

But a mistake in the captioning for the video meant it nearly came close to being published with a very different word – before being spotted by McLaren's social media team.

Writing on Twitter, Stallard said: "Probably shouldn't tweet this but there was a typo in the @McLarenF1 Engineers Lowdown video for the #AustrianGP. Spotted seconds before it was shared... I promise I said bomb hole. Bomb. Hole. "