McLaren says its hopes of making good progress this year have been boosted by its 2019 challenger reacting to updates in a way that last year's car did not. 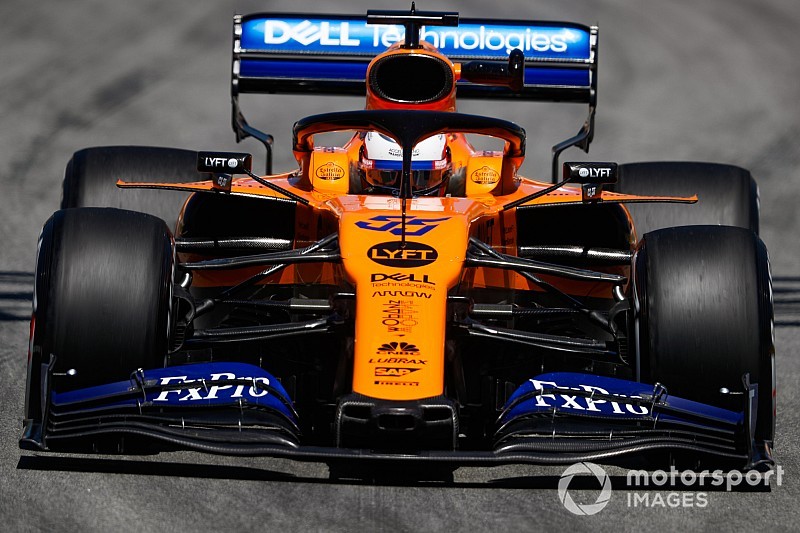 The Woking-based outfit has come off the back of a difficult 2018 campaign, when a switch from Honda to Renault engines exposed problems with its team and prompted a major reshuffle of the organisation.

Newly-appointed team principal Andreas Seidl's first race with the outfit in Spain coincided with a major car update, which included a shift of concept for its front wing design.

Although Seidl has played down the significance of the changes, he says it is hugely encouraging that the updates had a clear impact on car performance.

This is in contract to the fundamental issues that McLaren's 2018 car had, when any developments the team tried out failed to deliver any uplift.

Seidl said: "The good thing this year is that we have a car that is actually reacting to the updates that we are bringing, because as far as I got it from the guys back home and the racing guys [at the track], the issue last year was that whatever they did the car simply didn't react to the updates. So that is very, very positive.

"This is also giving a positive spirit inside the company at the moment. We all know it is a development battle in the midfield where we fight at the moment. It is about having a car that you can develop over the course of the season and this is what we try to do for each race, and each couple of races."

Although McLaren failed to make it through to Q3 in Spain with the new parts, Seidl thinks that the updates did deliver a good step forward – especially in curing the chassis deficits that had been exposed in China.

"When we put the car on track we straight away saw that the update was working, so the numbers we were measuring were aligned with everything we have seen back home," he explained. "That is good.

"The car is reacting to what we bring. In terms of performance [Barcelona] is a bit similar as a characteristic to what we saw in China, where we definitely struggled a lot more with performance

"Of course there is always a small disappointment if you don't make it through to Q3, but in the end what we have seen is pretty much the potential that the car had."

Having only joined McLaren earlier this month, Seidl says it is still early days for him to judge what needs to change at the team to move it forward – but he is clear that he will not rush to shake things up.

"I am not a guy making big speeches or jumping to conclusions too early," he said. "I think it is important now that I take my time also to really get into the details of what is existing at Woking and how is the team working. And then it will be about working closely together with the key players in the team to get ready for the future.

"It is important to work out a clear plan and a clear ambition together with Zak [Brown] of how we approach the next years. And then when we look ahead, there are some big challenges coming with the new regulations which for a team like us it is a great opportunity, and that will be the focus over the next weeks and months for me."