The great British team announced the news on Wednesday.

The great British team announced the news on Wednesday, just as Jenson Button finally gave the all-new MP4-29 its track debut at Jerez, after a day of technical problems on Tuesday.

The media statement made no mention of existing team principal Martin Whitmarsh, cementing speculation he has been left out of McLaren's plans altogether by returning supremo Ron Dennis. 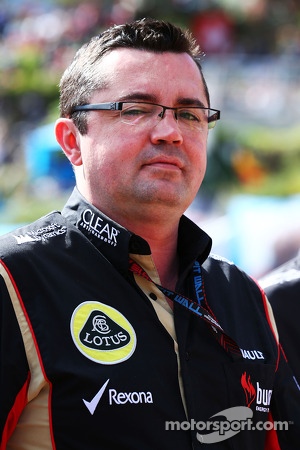 "Eric will ultimately report to the chief executive officer of McLaren Racing, an all-new position, whose yet-to-be-appointed occupant will in turn report directly to Ron Dennis," the statement said.

The fact McLaren is still to announce a chief executive will only fuel speculation Ross Brawn is eventually heading to Woking.

Dennis commented: "My intention is that from now on everyone at McLaren Racing will understand their responsibilities and accountabilities, focusing on their specific areas of expertise, in keeping with those values, principles and mindset."

"I'm firmly of the belief that, once McLaren Racing's restructured senior management team has been assembled, together we'll begin the march back to full competitiveness, quickly and professionally, harnessing the fantastic depth of talent that exists within our organisation," he added.