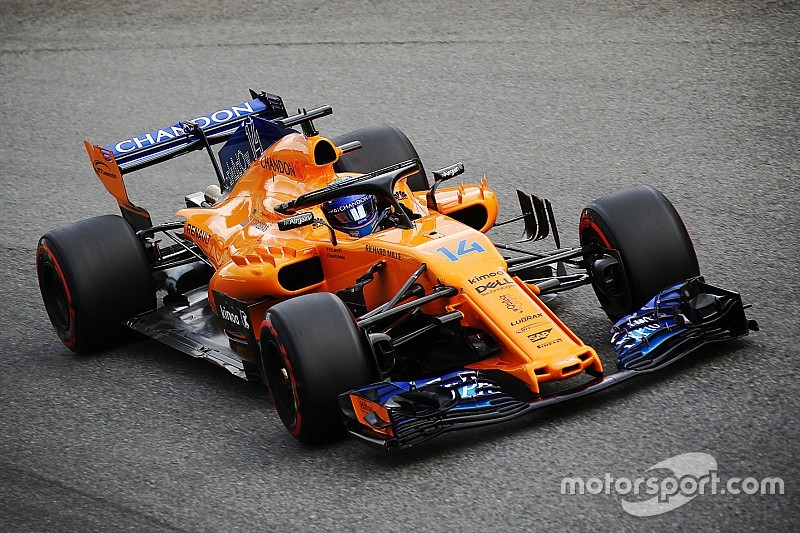 McLaren is expecting its recent struggles to continue for the rest of the Formula 1 season because rivals have outdeveloped its "extremely poor" car.

The Belgian and Italian Grands Prix have exposed McLaren's top-speed deficit to its rivals and it qualified slowest for each race as its terrible 2018 season reached a new low.

McLaren has not qualified inside the top 10 since Monaco and has only scored points in three of the last nine grands prix.

Asked by Motorsport.com if he thought McLaren could turn around its slump in form this year, team CEO Zak Brown said: "We'll continue to push on this car but unfortunately we've produced an extremely poor race car that is not that responsive to changes, which will tell you that inherently we don't have a good race car.

"I would expect, unfortunately, similar type of results – maybe a little more circuit-specific – over the balance of the year.

"I certainly wouldn't expect any miracles."

McLaren is sixth in the constructors' championship, having gained a place thanks to the exclusion of Force India and addition of Racing Point Force India as a new F1 entry.

However, McLaren has fallen away from Renault and Haas in the fight for fourth and is only 20 points clear of Racing Point Force India after just two races for the new team.

Fernando Alonso, who is stepping away from F1 at the end of 2018, said earlier this season that McLaren's only major upgrade has been in Spain.

A characteristic of its car has stopped McLaren from identifying problems on the windtunnel, which has hampered its attempts to improve.

Brown admitted: "Other teams have developed at a faster pace than ourselves.

"It appears we've gone backwards. In reality, everyone else has gone forwards, but in Formula 1 if you're not going forwards you're going backwards.

"We knew Spa and Monza-type circuits would be our absolute weak points in the car, which are proving to be the case.

"We're not giving up on developing because we're identifying the issues and want to see if we're able to solve them."

McLaren is trying to hire James Key as technical director but that bid is currently being thwarted by Red Bull not wishing to release him from his Toro Rosso contract.

Key will not have an impact on the 2019 McLaren and Brown believes the team must wait until 2020 to produce a car with its full technical capabilities.

"I'm very confident of the people we have inside McLaren, that we have a good plan," said Brown.

"The car is being developed as we speak. Ideally you would have James involved but this is going to take some time to rebuild the racing team.

"2019 should be an interim step forward and we probably won't be at our full capacity of technical capability until our 2020 car."