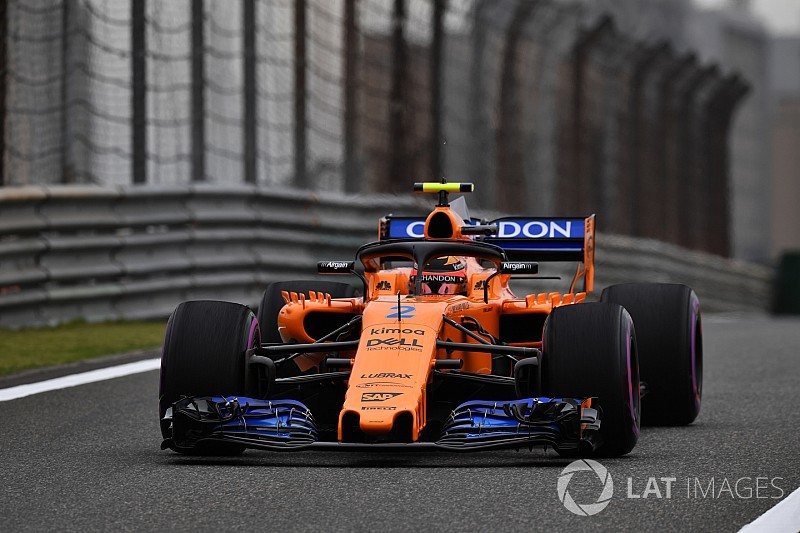 McLaren has been fined 5,000 Euro for letting Stoffel Vandoorne leave the pits with a loose wheel during second practice for the Chinese Grand Prix.

Vandoorne stopped out on track towards the closing minutes of the afternoon session after a problem with his right rear tyre meant it was not properly attached during a practice pitstop.

Although F1's rules allow grid penalties for such unsafe releases, the FIA stewards followed their now standard approach of handing out a financial penalty instead.

A statement issued by the FIA said: "Consistent with previous decisions of a similar nature, the Stewards decided that the grid place penalty...would not be applied as the driver took all appropriate actions at the first available opportunity. Accordingly, the Stewards fined the team €5,000."

Vandoorne's incident comes after a run of pitstop failures that have begun to prompt questions about whether teams are compromising safety in their quest to improve pitstops.

In Australia, both Haas cars retired from the race after pitstop blunders, while in Bahrain last weekend, a Ferrari mechanic was left with a broken leg after being hit by Kimi Raikkonen when a race pitstop hit trouble.

Ferrari was handed a 50,000 Euro fine for that incident, having also been hit with a 5,000 fine for a similar unsafe release in practice.

Ricciardo "struggled" with ultrasofts in China