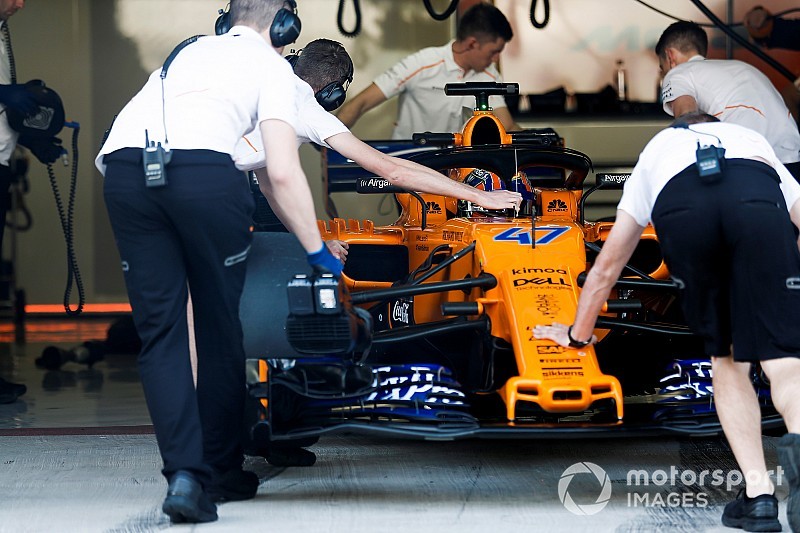 McLaren has successfully fired up its new 2019 Formula 1 car for the first time, with the team releasing a video of the Renault-powered machine bursting into life.

Ahead of the team's official launch at its Woking factory on February 14, the fire-up of the MCL34 marks another important moment for the team as it bids to bounce back from a disappointing 2018 campaign.

The short video which was tweeted by McLaren, shows staff gathered in the F1 bays watching the fire up as engineers check through the data to ensure everything is working as planned.

With Carlos Sainz also overseeing proceedings, the staff applauds when the fire-up is completed.

The McLaren fire-up comes as teams continue their preparations for the first pre-season test that takes place in Spain next month.

Hours later, it was confirmed that Ferrari had also completed the first fire-up of its 2019 challenger.

At Haas this week, race drivers Romain Grosjean and Kevin Magnussen, and test driver Pietro Fittipaldi, have been at the factory for seat fittings in their new Ferrari-powered car. The team has not yet confirmed its launch plans though.