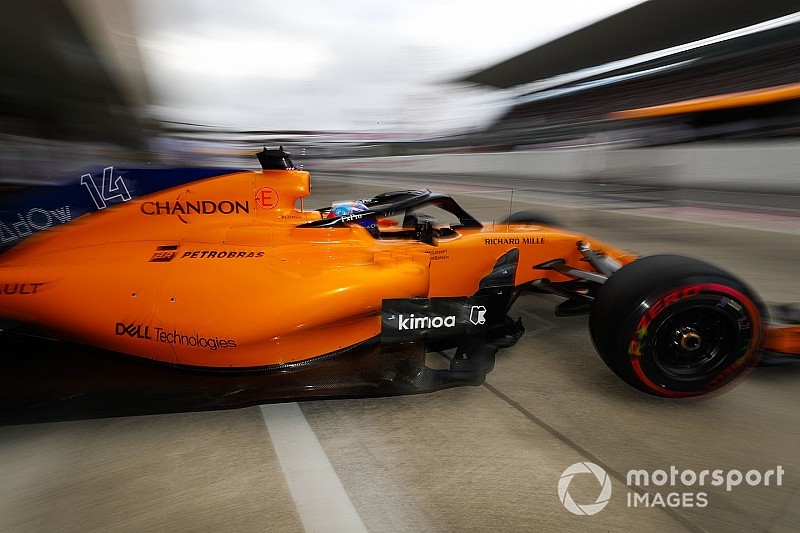 McLaren only had four sets of supersoft Pirellis for the Suzuka weekend, three sets fewer than the next lowest allocation, and double the sets of medium tyres as anyone else.

The decision was made back in June, before Eric Boullier left and de Ferran was named sporting director.

McLaren made an identical tyre choice for the Belgian Grand Prix in late August, although for the next race with mediums, softs and supersofts available – Monza – cut back to two medium sets and four softs for each driver.

A story emerged ahead of qualifying suggesting McLaren had forgotten to notify Pirelli of its choices and received the default picks from the tyre supplier but de Ferran said that was not true.

"Earlier in the year there was a general understanding that our car was working better with harder compounds," he said, "and particularly on this type of track with very high Gs and a lot of sequence of corners, that it would be a more suitable choice.

"Quite frankly as it transpires we got it wrong. We've been spending the whole weekend trying to deal with a non-optimal choice we've made. And that's all there is to it. It was a deliberate selection."

McLaren has struggled for pace in Japan, where Fernando Alonso and Stoffel Vandoorne will start Sunday's grand prix 18th and 19th.

The drivers believe their tyre allocation made no difference to the results so far.

"Maybe it was not the perfect build-up to the qualifying session but with the performance we've had at this event I don't think it would have changed the outcome," said Vandoorne.

"With the tyres we have available for tomorrow, if for some reason it's very hot and the blistering starts to become apparent, maybe it's a good thing."

Alonso added: "We spent the whole weekend on the tyres we will do the race with. So, I think actually we had a better preparation than other weekends."

De Ferran said he would "take full responsibility" for the call even though he was not sporting director at the time the decision was taken.

"With 20/20 hindsight you look back and think probably would have made a different call.

"The guys here on site made a good choice on run plans, what tyres to use and when, and when you look at the data in qualifying they arrived at a very good balance for qualifying.

"I think both guys, particularly Fernando who is really on point, there wasn't much more in the car they could have gotten.

"When you step back and look at the tyre situation for the race, how it's transpired, I don't think it was that bad.

"Nevertheless we look back and raise our hands and say maybe we could have taken a different decision."