McLaren has "a plan" to finalise Key move from Toro Rosso 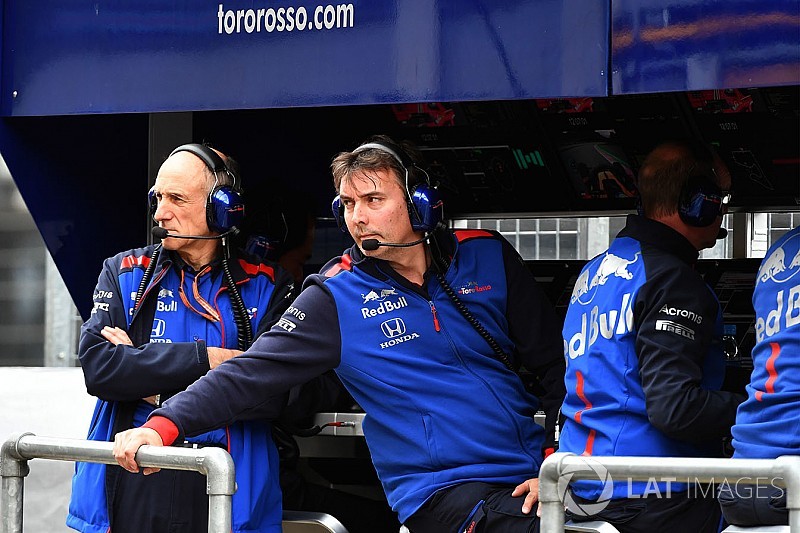 McLaren F1 boss Zak Brown says that the team has "a plan" as it works to finalise its hiring of James Key as technical director.

Red Bull motorsports chief Helmut Marko indicated his frustration that negotiations between Toro Rosso and McLaren over Key's release had been trumped by public confirmation from the British squad of his hiring.

Marko said that the Englishman would now not be available for a "very long time."

He is understood to have a contract that runs to 2020.

Despite the apparent stalling of negotiations over Key's exit, Brown remains confident that the move will go ahead as intended.

"We have hired James Key, he will become our technical director," said Brown. "We do not have a start date.

"He does have a current agreement with Toro Rosso, [and] of course we respect contractual situations.

"I think Toro Rosso and Red Bull are understandably upset that they're losing a great talent like James Key.

"I think he's recognised as one of the best technical directors up and down pitlane, so we're very excited to have him join us in due course."

Asked if there was likely some form of compensation to get Key earlier, Brown acknowledged that there was a deal to be done.

"There's always in the world of F1 ways and opportunities to change situations. That was something that we could potentially consider.

"We have a plan. We obviously knew his current employment situation, and we're completely comfortable working around that situation.

"As we've stated before, we've done some restructuring, we're doing some hiring, we're not done yet, so we're just head down, operating according to the internal plan that we have."

Brown said there were more changes to come, and admitted the the final shape of the technical team had not be decided.

"We're not done yet, both with bringing in talent, and our final structure. We have a good sense of what we're going to do, but that's not something that we want to make public. We just want to put our head down, and get on with the job."

Sporting director Gil de Ferran insisted that there were talented people already within McLaren who will play important roles in the restructuring.

"The key here is it's a team effort. You probably heard me say that before. There's a lot of talented guys that you probably don't know, up and down the organisation.

"I don't think we can share all the details of everything we're doing in-house to get to where we want to go, but there is a plan, and as we more forward it will become clearer to everyone."