Motorsport Debrief: When the music stops, who gets Honda?

Here is today's news blast to get you up-to-date on what's been making the motorsport headlines over the past 24 hours.

Hi, this is Motorsport.com’s Global Editor-in-Chief Charles Bradley and I hope you’re feeling good. Let’s take a high-speed look around the F1 world.

Sauber boss Fred Vasseur says doubts over McLaren continuing its Formula 1 partnership with Honda was a key reason behind his team’s decision to cut ties with the Japanese manufacturer.

Sauber and Honda agreed to call off their deal for the latter to supply the Swiss team with engines in 2018, with Sauber choosing to continue with Ferrari power for next season. McLaren had been set to supply Sauber with a gearbox as part of the Honda deal, but Vasseur said he questioned that arrangement given the uncertainty of the McLaren-Honda’s relationship.

“The biggest concern for us was that we could not secure the responsibility of the gearbox,” said Vasseur. “We don’t have the resources internally to build our own gearbox, so we knew that we had to deal with someone.

“I was not so confident that McLaren would continue with Honda. So it would have created a strange situation: asking McLaren to provide the gearbox for a Honda engine when McLaren could be running another engine.”

So if Sauber doesn’t use them, and McLaren splits as Vasseur suggests they might – where does that leave Honda in F1?

Former Formula 1 World Champion Jacques Villeneuve has slammed Sergio Perez for the "ridiculous" move that led to the Mexican's collision with teammate Esteban Ocon in the Belgian Grand Prix.

Villeneuve told Motorsport.com that Perez “was to blame 100%” and put Ocon in danger by squeezing him.

“It doesn’t matter that it’s his teammate,” he said. “Teammate, no teammate, it should not have happened between two drivers. You’re not so supposed to put anyone in danger.”

Renault Sport F1 boss Cyril Abiteboul says that 2018 will be too early for the team to be a home for Fernando Alonso, because it won't be able to meet the former world champion's expectations.

Alonso, who drove for the Enstone team in from 2003 to 2006 before returning for a second stint in 2008-09, says that he will make up his mind about his future in September.

“My answer on Fernando will always be the same,” Abiteboul told Motorsport.com. “First, he is part of a great team which I think is in the middle of a number of strategy considerations.

The FIA has confirmed that Mercedes will be allowed to run its latest engine at a higher level of oil burn for the remainder of the season, following the German manufacturer’s move to introduce it at the Belgian Grand Prix.

With a new oil burn limit of 0.9 litres per 100km coming into force at the Italian Grand Prix, Mercedes pre-empted that cut-off point by bringing its fourth and final power unit into play in Belgium last weekend.

The Mercedes move to bring its final engine to Spa was understood to have caused some unease at Ferrari, because the Italian outfit had not been expecting anyone to bring new engines for that weekend.

Furthermore, it also means the Maranello outfit will have to run its new engine – when it comes – at the 0.9 litres per 100km limit.

Bottas has "no answers" for Spa struggles

Verstappen: I'd prefer engines to blow up than shut down

The latest issue of GP Gazette 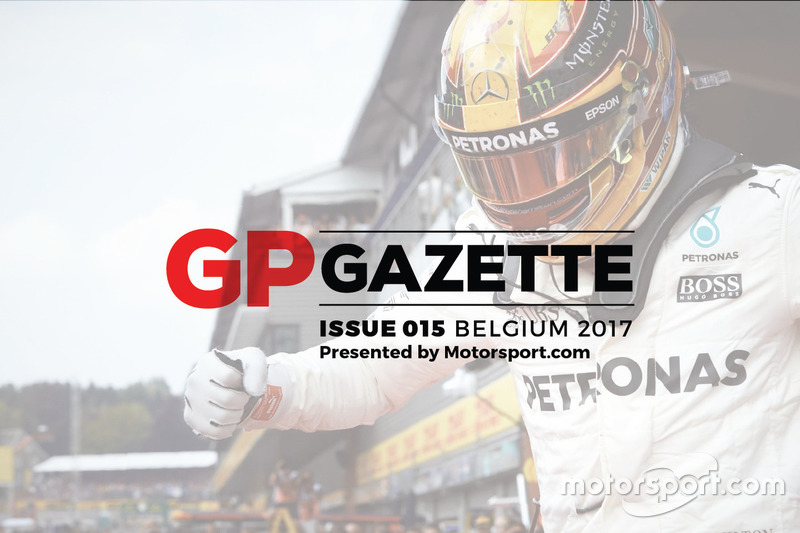 That’s it for today’s Motorsport Debrief, we’ll be back again tomorrow. But before we go…

And finally: Max Verstappen turns to BMW power to make it home from Spa 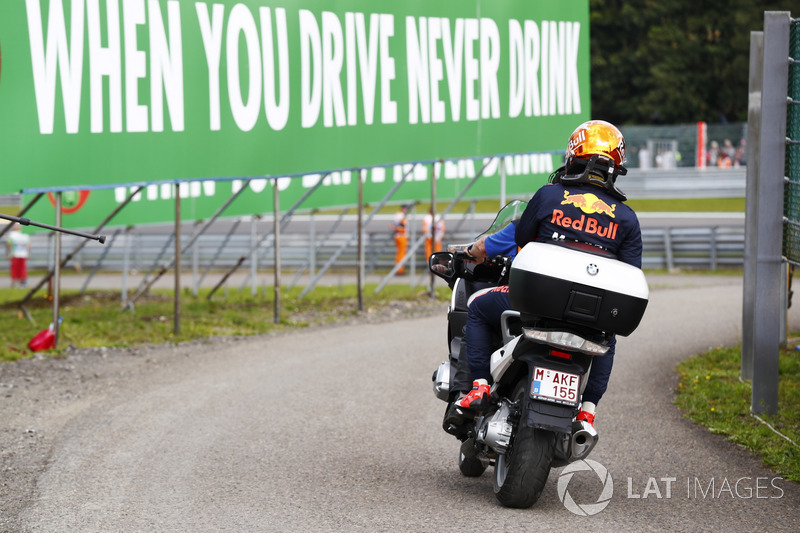