McLaren: Hungary result a "big boost" for remainder of 2019 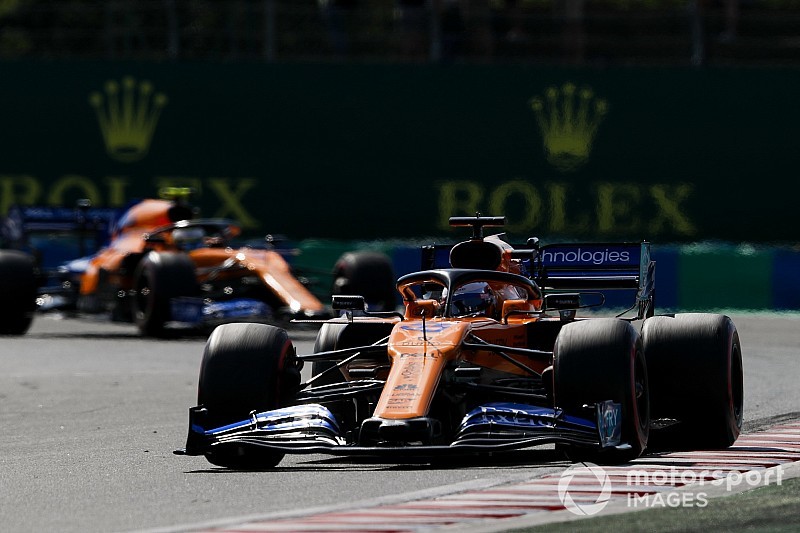 McLaren says its strong performance at the Hungarian Grand Prix has given it a "big boost" for the second half of the season.

The Woking-based outfit had headed to last weekend's race at the Hungaroring bracing itself for a tough time with the circuit's low-speed demands not ideal for the team's MCL34.

But the outfit exceeded expectations with a double points scoring finish, including a fifth spot for Carlos Sainz that helped it further strengthen its grip on fourth place in the constructors' championship.

McLaren team principal Andreas Seidl said that the progress shown, helped in part by a number of upgrades including a new high-downforce rear wing, helped lift confidence about the outfit's prospects at tracks coming up on the calendar.

"On a track with a lot of low speed corners, where we had definitely a weakness on the car, to see now that we could cure some of the issues with the updates we are bringing and understanding the car better and better and how to use it, it is obviously great to clearly have been the fourth quickest car," explained Seidl.

"It is now a big boost for us going into the break and also for the second half of the season, because we have some tracks coming up with low speed sections and so on. That is obviously very, very encouraging."

While Sainz was delighted with his second consecutive fifth placed finish in Hungary, he was eager not to read too much into McLaren's strengths in Hungary – because he felt other factors beyond the updates helped it.

"Maybe the Hungaroring has become a medium speed track with Formula 1 cars, because it feels really fast out there and that suits us a bit better than what we anticipated," said Sainz.

"And this kind of black tarmac, as we saw in Austria and Paul Ricard, new surfaces help our performance.

"This weekend we were decently surprised, but still we were lapped so that's another thing that we need to add to that, so we still have a lot of work to do."

Gasly has "no clear answer" for Hungarian GP struggle

F1 still has no better solution for oil spills - Masi