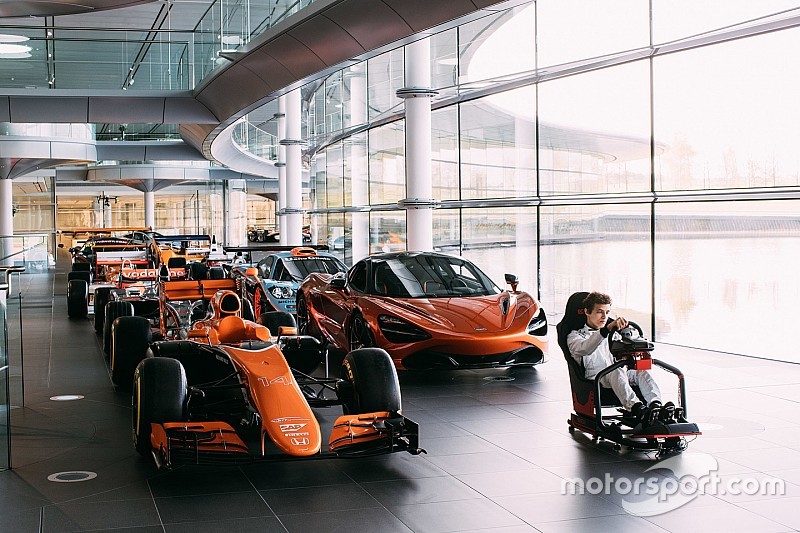 McLaren is to offer a job as a Formula 1 simulator driver to the winner of a new eSports competition it has launched in conjunction with renowned gaming company Logitech.

The Woking-based team revealed details of its ambitious plan to find the ‘World’s Fastest Gamer’ on Thursday as it became the first F1 team to venture into such digital territory.

McLaren executive director Zak Brown said: “This is a hugely exciting opportunity – not only within the gaming industry, but for everyone at McLaren and motorsport in general. We’ve long witnessed the growth of online sports gaming, and, right now, the parallels between the real and the virtual worlds have never been closer.

“This is absolutely the right time to be creating such a unique and exciting proposition; one that connects the worlds of racing and gaming in a way that’s never been explored before.”

Competitors will be pitted against each on a host of racing games on different platforms, with a grand finale being held at McLaren’s factory in the autumn to put 10 finalists up against each other.

The prize-winner will be given a one-year contract as simulator driver and will get to work with engineers at McLaren’s factory and at race tracks.

Brown added: “The winner will genuinely be a key part of our team at McLaren. This is for real: we absolutely require additional support across our two simulator platforms, so the competition and the selection process will be rigorous, ruthless and compelling to watch.”

ESports is one of the fastest growing sports in the sport, with revenues now overtaking those of more traditional Hollywood movies. The global gaming industry is worth more than $100 billion.