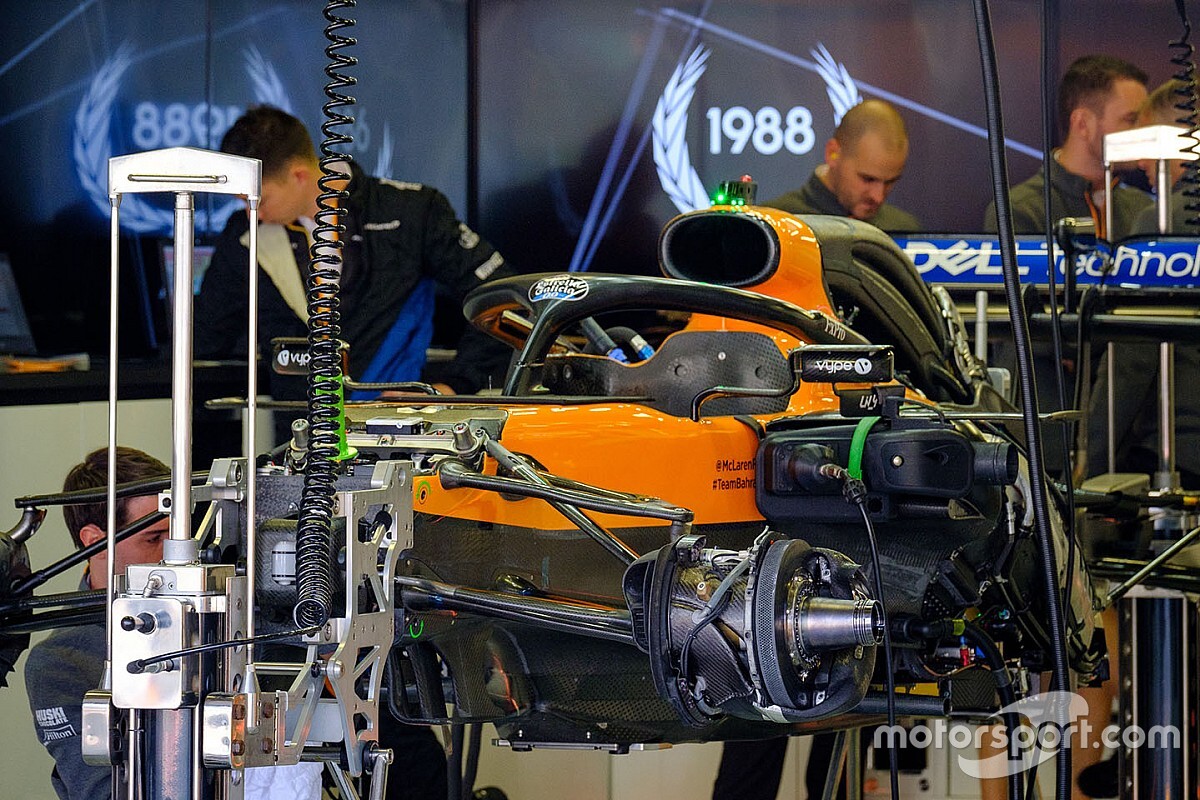 McLaren has agreed a monitoring process with the FIA for its switch to Mercedes engines next year to ensure it does not make changes for extra performance gains.

The Woking-based outfit's plan to move from Renault in 2021 has been complicated in the wake of a decision by Formula 1 to roll over this year's cars into next season because of the coronavirus crisis.

Teams will have to homologate much of their current cars, but McLaren has been given special dispensation to make some chassis changes because it is the only outfit that plans to switch power units.

Speaking during a teleconference on Wednesday, McLaren team principal Andreas Seidl said the circumstances of fitting a different engine into the current car meant there would be compromises.

However, with a bigger picture involved of trying to save costs for all teams, McLaren had accepted that any modifications it made to its chassis were purely essential for fitting the new engine rather than being made to gain a speed boost.

"For sure there will be be restrictions in terms of how good we can integrate this power unit into the current car," he explained when asked about the compromises McLaren now faced.

"We have agreed together with the FIA that they will monitor very closely that we are only allowed to do the changes that are absolutely necessary to install the Mercedes power unit.

"So they will monitor closely that we don't touch any other areas in the surroundings of the power unit which will give us, let's say, additional performance gains.

"We fully understand and we agreed to this also, because in the end we need to look at the bigger picture. That is, we need to agree and we support all this freezing that is happening at the moment.

"Because again, as I said before, that ensures maximum cost saving for everyone for this year."

Seidl was clear that, despite the dramatic delay in the arrival of the 2021 new cars, McLaren never pondered postponing its switch to Mercedes.

He also said that if the current season had to be extended into January, he did not foresee any problem in extending the relationship with Renault to cover racing in early 2021.

"If that really happens, that we are going racing in January, I don't think that there will be any issue regarding our agreement we have with Renault," he said.

"I think it's important to state also we have a great relationship there and an open and transparent relationship for this year. So, I don't see an issue."

McLaren has not yet decided whether or not its Mercedes-powered 2021 car will be given a different chassis number or would stick with the MCL35 moniker.