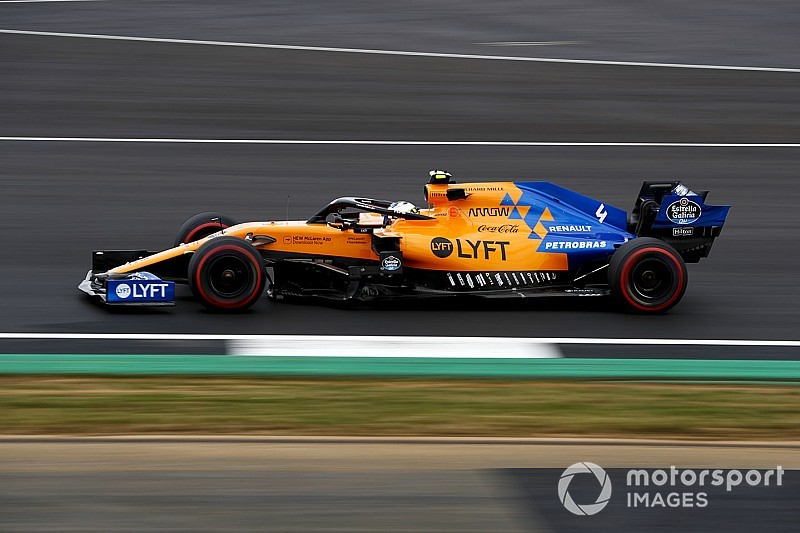 McLaren driver Lando Norris will use Renault’s upgraded Formula 1 engine for the rest of the British Grand Prix weekend.

Renault’s ‘B-Spec’ engine was first introduced by works driver Daniel Ricciardo in the French Grand Prix. Ricciardo’s teammate Nico Hulkenberg and McLaren’s Carlos Sainz Jr were then given the update for the Austrian race.

An upgraded engine is now available for Norris as well, so a new internal combustion engine and turbocharger was fitted to his MCL34 ahead of final practice on Saturday morning.

Norris and McLaren are on a strong run of form and the British rookie ended Friday practice sixth-fastest with his old engine.

That was despite describing the two 90-minute sessions as “tricky” with high winds and the new Silverstone track surface making the car “quite unpredictable”.

Though he had a spin exiting the final corner during FP1, Norris was encouraged by his prospects for his first home F1 race.

“The new tarmac seems to be getting better in some ways but there are still some bumps and small things here and there that can catch you out,” said Norris.

“So, not easy – but I think we managed to do most of the plan, including a good amount of longer runs."

Other changes confirmed ahead of final practice were a new chassis for Renault's Ricciardo after the team discovered damage following FP2.

Williams launches the FW27 at Valencia