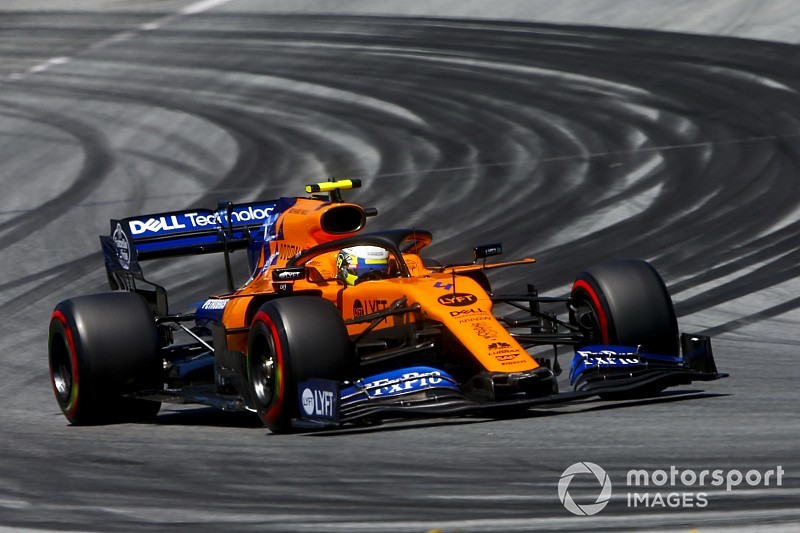 McLaren performance director Andrea Stella believes Formula 1 teams have a “tendency” to overplay the impact Pirelli tyres have on whether their cars are delivering on-track.

Pirelli’s decision to switch to a thinner-tread tyre specification for 2019 has been one of the major talking points of the season, and has resulted in an ultimately unsuccessful push to return to previous year’s rubber.

Ferrari and Red Bull were chief proponents of such a move, believing the new tyres to benefit the Mercedes W10 package at their expense, while Haas has pointed to the revised rubber construction as a potential reason for its VF19 car’s wildly inconsistent pace.

McLaren was among the teams arguing against a return to older-spec tyres, and speaking to Motorsport.com its F1 chiefs were in agreement that they felt the matter had been overblown.

“I have to say that tyres are definitely a difficult matter but there is also a tendency, I think - you have a certain ambition, you have certain achievements, and you tend to put the difference ontyres,” Stella said.

“I think this is too simplistic and people should make more of fair questions about what they are achieving and not simply applying mathematics of ‘this is where I want to be, this is where I am, so subtract the difference - and this is tyres’.

“If you do not understand [something] in this business, you can be lucky a couple of years maybe but you don't dominate.”

“It is part of the business to understand what is going on with tyres in whatever category and also for us because we get this question many times,” team principal Andreas Seidl agreed.

“We don't know exactly how big our issues compared to the issues some other teams are facing, [although], okay, some teams are more vocal about it.”

McLaren’s new tech chief James Key described working with F1 tyres as “definitely a science”, although admitted there was “a little bit of luck” involved.

“Sometimes you cannot quite predict what is going to happen next year,” Key said. “Pirelli do a good job of giving us tyres to test on in Abu Dhabi and so on, but that’s a quite different type of track in what you face in winter testing and the season.

“There is some very good expertise within the team, but again this is a thorough approach of trying to make sure understand as best we can of how to treat the tyres, how to predict what they are going to do and then modify that view as the weekend progresses as well.

“It is one of the few things that is identical for every team. So to suggest that we should change tyres just because your car is not working is kind of the tail wagging the dog.”

Insight: What it’s like being the father of an F1 driver