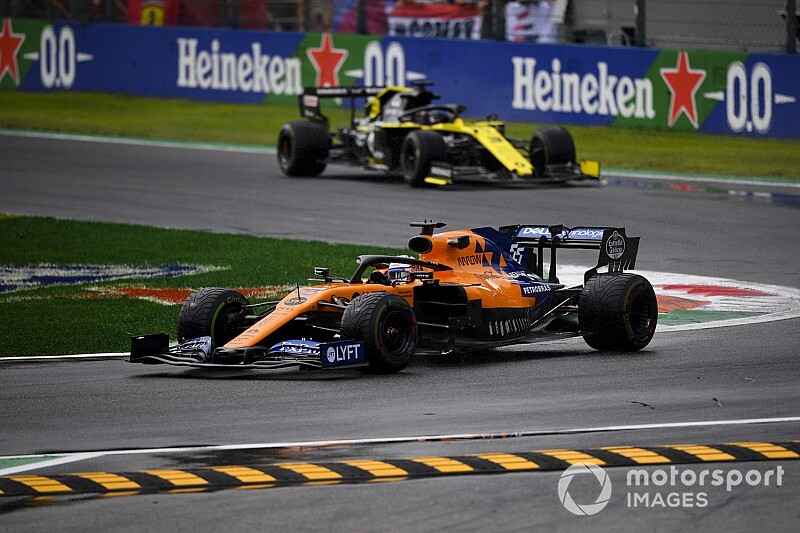 Renault Formula 1 boss Cyril Abiteboul admits that the French manufacturer's failure to secure a closer partnership with McLaren for 2021 and beyond represents a "lost opportunity."

In negotiations to extend the current deal beyond 2020 Renault proposed a strengthened relationship between the two teams, that would have seen them collaborating in various areas that the rules allow.

However, McLaren preferred to stick to a straight engine supply deal, and instead opted to return to Mercedes for the first time since 2014.

Abiteboul admits that Renault would have been in a better position in future years had it been able to agree the sort of arrangement it wanted, working closely with and sharing information with McLaren.

However, he insists that the Enstone team won't be any worse off than it is now.

"I think that we would have been stronger together, on the basis of our approach to the partnership," said Abiteboul.

"Without that we're weaker than we could have been, so in my opinion it's a lost opportunity.

"But it's not like it's something that's putting us in a massively different position from the position in which we are today.

"Right now there is nothing happening between us and McLaren on these types of things, so there is no change, no improvement, but there is no degradation also. We just have to get our act together and keep on working in the usual way.

"I accept that what we were proposing to McLaren was maybe a bit unusual, not necessarily unusual, but trying to be a bit more open-minded about the way teams can co-operate. We've got the fantastic model of Haas and Ferrari, it was just a different model of collaboration between two teams.

"So a lost opportunity, but we also know what we have to do, and we are completely geared up to being capable of working as a standalone team on all aspects."

Abiteboul says that working together the two teams could have close the gap to the top three teams.

"I think McLaren is simply looking for a very simple and straightforward customer relationship. Clearly that's the way they presented it to us.

"They wanted a supplier, and unarguably Mercedes is a very good supplier, and have a turn-key product, which would be done in accordance to Mercedes' standards, but also specification. And McLaren is just focussing on their chassis. And there is some logic in that.

"For me the objective of that relationship would have been to work on reducing that gap together, so creating more synergies, about equipment, about installation, about facilities.

"Also looking at the way F1 is going to develop, with standard parts, open-source parts, prescriptive parts, there were a number of opportunities to join together and while we compete on track also try to reduce the gap to the top teams. That was our approach.

"That's why I was talking about a strategic partnership, which doesn't mean then becoming a junior team, or a B-team of Renault, obviously that was not going to happen, so we didn't even consider or try that. But our approach was not really of interest for McLaren."

The consequences of going solo for snubbed Renault