Jan.13 (GMM) McLaren ended last season without fully understanding where it went so wrong with the 2013 car.

That is the claim of the Woking based team's main test driver Gary Paffett, as he reveals that he has been testing the all-new 2014-specification MP4-29 in the simulator.

"We certainly feel it is a bit of a fresh start for everybody and we are pushing very hard to make sure we get on top of it from the start," he told the British broadcaster Sky.

Uncharacteristically for the great British team, McLaren finished last season a distant fifth in the constructors' world championship, having dramatically erred with the design of the MP4-28.

But with the rules changing so radically for 2014, the team decided to design its next car with a clean slate, rather than try to rectify every problem with the 2013 car, Paffett explained.

He admitted that McLaren engineers do not even know why the MP4-28 was so bad. 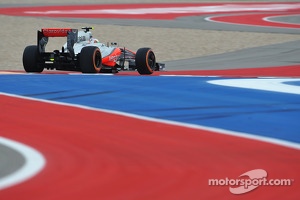 "I think if we had fully identified it (the problem) we would have been a lot more competitive at the end of the year," he said.

"I think the problem was some of the areas were too big to fix during the season."

With Lotus having pulled out of the forthcoming first winter test at Jerez, the media's attention has now turned to whether other high-profile teams will also be missing in action as the crucial 2014 pre-season begins.

But Paffett said McLaren is right on track.

"Yes, I've seen the car in the workshop, they are working hard and the car will be in Jerez," he said.

Marussia, Lotus hit back at 2014 doubts

Perez: ‘Not much risk worth taking’ in F1 sprint races