McLaren: FIA must stick to core principles of 2021 rules 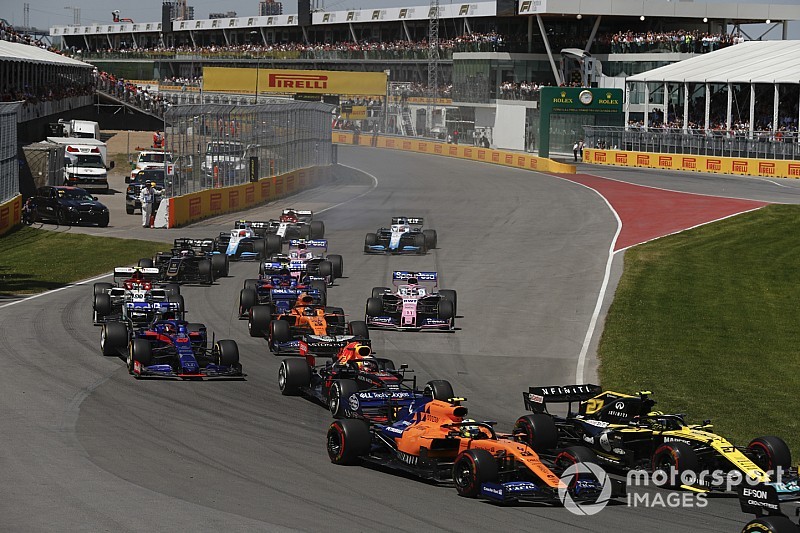 McLaren Formula 1 team boss Andreas Seidl says that the FIA must stick to the principles of the 2021 regulations even if a delay in their publication allows time for changes.

The rules were due to be ratified by the World Motor Sport Council this month, but the FIA and the F1 organisation have asked the teams to approve a delay until October.

However, they did not all sign a letter that was circulated in Canada, with McLaren among those understood to have expressed reservations about the wording of the original version. The matter will now be addressed in a meeting in Paris on Thursday, ahead of the main WMSC gathering.

Renault has already made it clear that it fears that extra time will allow wholesale changes to the proposed regulations to be pushed through, and McLaren shares that view.

"We see the same risk," Seidl told Motorsport.com. "But on the other hand we trust the FIA and Liberty, that they know what they are doing, and know what is good for the sport in the future.

"Some principles have been agreed. We don't have final regulations, we just hope that it all stays like that, which is in our opinion the right thing.

"I think we have to see now what the outcome is. In the end it doesn't make a huge difference. The main thing for us is that the principles that have been set out stay in place. That's our priority, to be honest."

Seidl said that McLaren is happy to wait for final details of the rules before committing to a 2021 R&D programme.

"The regulations which are in discussion at the moment, plus the working groups that are happening, are a good base. Clearly it still needs fine tuning, so it doesn't really make sense to put resources on now for development. But it's the same for everyone, so I wouldn't say this is a big issue.

"As I said for us it's more important to stick to principles that have been agreed beforehand, and not to divert from them. Obviously it has an influence on how the optimum set-up looks like in the future."