One of the main attractions of the tour will inevitably be the selection of iconic racing cars on display - fans will be able to see Bruce McLaren’s first car.

They can also view the McLaren-engineer Specialized bicycle that Mark Cavendish successfully rode to green-jersey glory in the 2011 Tour De France, and examine the hundreds of motorsport trophies that line the centre’s many silverware cabinets. 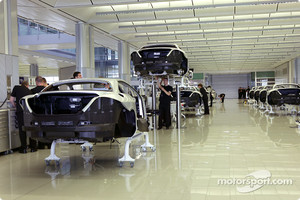 We haven’t opened our Foster + Partners-designed HQ to the public – sadly, there’s too much top-secret R&D going on to allow that. But we have allowed Google to bring their Street View cameras inside to thoroughly tour the MTC and give people a unique insight into the usually top-secret facility.


One of the main attractions of the tour will inevitably be the selection of iconic racing cars on display - fans will be able to see Bruce McLaren’s first car – a diminutive, red Austin 7 – before moving further down the boulevard to explore F1 cars from every decade since our first grand prix in 1966, as well as our Can-Am cars and Le Mans-winning McLaren F1.

The MTC itself is an award-winning icon of design, environmental efficiency and high technology. Using Google Street View, people will be able to see the man-made lake and cooling towers which provide efficient temperature regulation for the building, along with the sweeping glass curves and bright white finish which have won numerous architectural awards.

“The McLaren Technology Centre is widely considered to be an architectural icon. Of course, it’s also so much more: It is the beating heart of a technology, motorsport and automotive group which this year celebrated its 50th anniversary.

“To mark this milestone, and reward our many loyal fans, we’re pleased to be able to open our doors to the public, with the help of Google. While we sadly can’t allow everyone to visit in person, working with Google lets our fans tour our legendary cars and have a good look around. 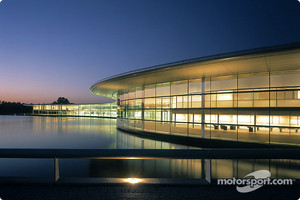 “I hope people are as inspired as I was when I saw the MTC for the first time.”

“Street View opens up previously inaccessible locations such as the White House, the laboratories at CERN and the Great Barrier Reef. We're delighted that fans of engineering, Formula 1 and sports cars can now explore the unique environment of the McLaren Technology Centre.”

McLaren not in Williams-style slide - Button