© 2021 Motorsport Network. All rights reserved.
TV Buy tickets Store
Previous / Gallery: McLaren’s new MCL35 from all angles Next / How much is McLaren hiding with its launch-spec car?
Formula 1 / Breaking news

McLaren CEO Zak Brown is clear he will not put any of his staff in an "uncomfortable situation" with the coronavirus outbreak, as attentions shifts to the developing situation in Vietnam. 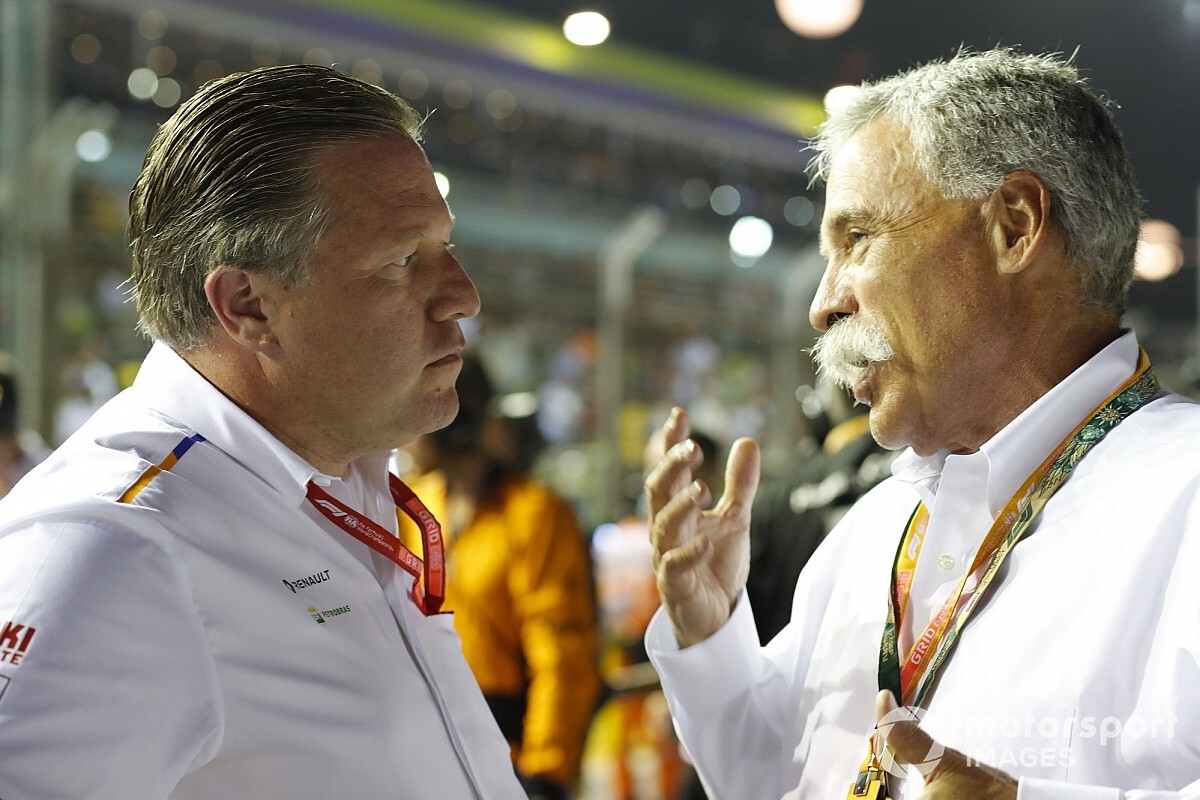 F1 announced on Wednesday it would be postponing April's Chinese Grand Prix as a result of the coronavirus outbreak that has spread to over 24 countries, with over 1,100 deaths reported.

Vietnam shares a land border with China, leading to uncertainty about the running of the inaugural race in Hanoi on April 5.

Vietnamese officials took the decision on Thursday to quarantine villages in the Son Loi farming region - just 25 miles outside Hanoi - for the next 20 days after six coronavirus cases were discovered. Over 10,000 people live in the region.

Speaking at McLaren's MCL35 car launch on Thursday, team CEO Brown said that while F1 had not raised Vietnam as being at risk of cancellation at present, the situation was being monitored closely.

"Obviously the well-being of McLaren and the greater world is of utmost importance," Brown said.

"Vietnam has not been raised yet as a potential issue, but obviously it's very nearby and neighbouring, so we're going to monitor the situation.

"We definitely would not do anything that would put our people at risk. I don't think Formula 1 would as well, so I think like the rest of the world, we've just got to monitor the situation."

Asked if any McLaren team members had raised concerns about travelling to Vietnam, Brown said: "We communicate often with our staff. We've not had anyone approach us, because we're quite proactive in telling them what's going on.

"I think we're just going to have to deal with the situation as it unfolds. But we would never put a McLaren employee in an uncomfortable situation they wouldn't want to be in."

The cancellation of the Chinese Grand Prix has left a four-week break in the F1 calendar between Vietnam and the Dutch Grand Prix on May 3.

Should the Vietnam race not go ahead, the gap would grow to six weeks between Bahrain on March 22 and the race in the Netherlands.

Brown said that such a gap in-season would be a "new situation for all of us", but placed greater importance on the bigger picture of the ongoing health epidemic.

"I know some races have been cancelled in the past, but not necessarily what we're facing here," Brown said.

"We'll just have to react when we know more. It will be the same for everyone. First and foremost it's a terrible situation for the world, so hopefully that situation gets resolved because I think other things such as sport doesn't matter when it comes to situations like that. Hopefully that gets solved and then just we'll respond accordingly.

"If there's a month off, then there's am onto off. Maybe Chase [Carey] will look for some races to fill that gap, but I think it's a very fluid situation."

Officials are looking for alternative dates to run the China race should the situation improve, but F1 CEO and chairman Carey told Autosport on Wednesday it would be "challenging" to find a place on the 2020 schedule.

The organisers of the Vietnam Grand Prix said in a statement last week they were "'actively monitoring the situation as it develops.

"For now we don't anticipate any significant impact on our April event. We will continue to work with our relevant authorities to closely monitor the situation."

How much is McLaren hiding with its launch-spec car?