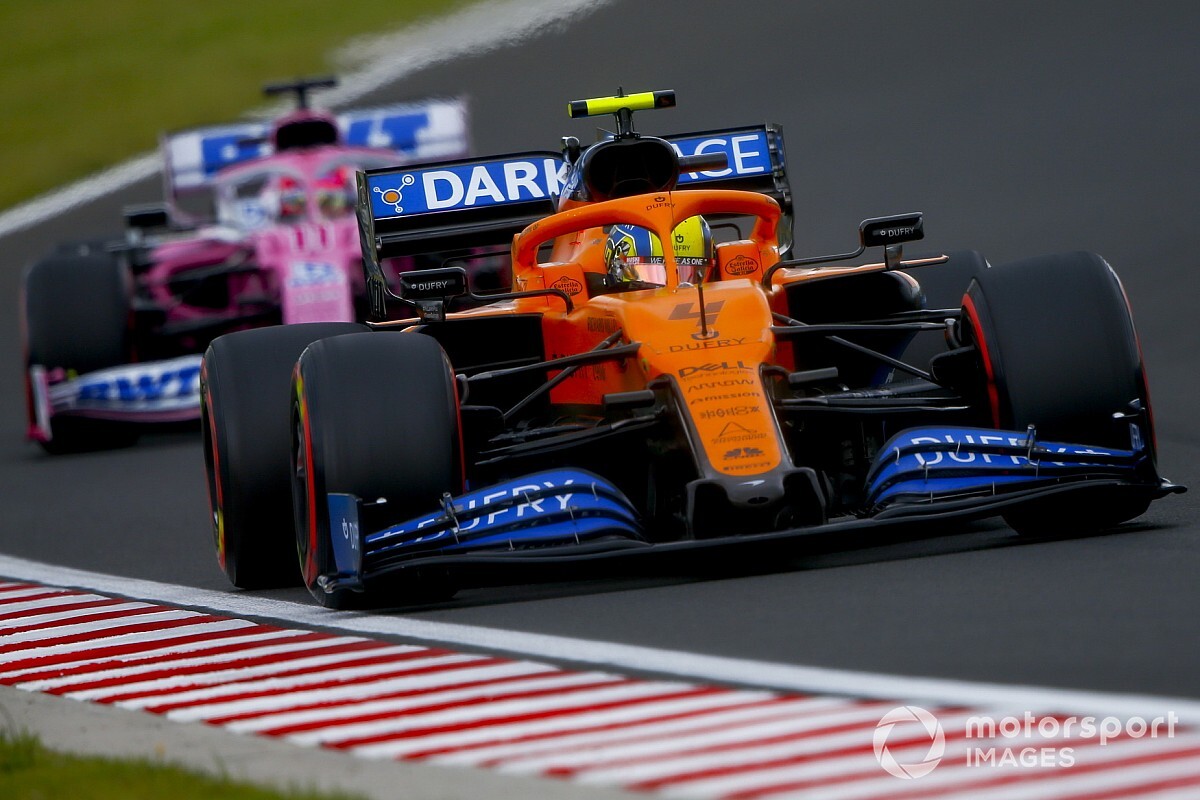 The McLaren Formula 1 team has decided not to progress with an appeal regarding the Racing Point brake duct case – although Ferrari and Renault will continue to do so.

The decision by the latter two teams means that the matter will now definitely go to the International Court of Appeal.

In the decision announced on Friday morning, the FIA stewards gave Racing Point a €400,000 fine and docked the team 15 World Championship points, while allowing the Silverstone outfit to keep using the same brake ducts. Due to the complexity of the case teams were given 24 hours to lodge a notice of intention to appeal, instead of the usual hour.

The five teams who submitted a notice by Saturday morning then had 96 hours to confirm that they will carry on or drop out, a deadline that passes at 0930 UK time on Wednesday morning.

Ferrari and Renault have now confirmed their intention to continue, while Williams told Motorsport.com that it will make an announcement in the morning. Racing Point, which lodged an intention to appeal and is on the other side of the case, has also yet to make any announcement.

A statement from McLaren indicated that the team welcomed the promise by the FIA that it will clarify the issue of copying, as expressed by head of single-seater technical matters Nikolas Tombazis at Silverstone last weekend. While the team has opted out of active involvement in the case, it says it will “follow proceedings with interest.”

In effect, with at least two teams already pursuing the matter, there was little for McLaren to gain by remaining involved.

A statement given to Motorsport.com said: “McLaren Racing has decided not to appeal the decisions of the FIA Stewards in relation to Renault’s protests of Racing Point.

“The team welcomes the Stewards’ decisions and findings in this case and importantly that the FIA has demonstrated that transgressions of the rules will be investigated and punished.

“Moreover, McLaren Racing is pleased that the FIA will further clarify the sporting and technical regulations to protect Formula 1 as a sport where teams are clearly defined as Constructors, and removes the potential that the Formula 1 World Championship includes cars that are, in effect, copies of other competitors’.

“Taking the above and a broad view of all factors into account, McLaren Racing will not continue with an appeal in this case.

“Additionally, McLaren Racing respects the decisions of Ferrari and Renault to pursue their appeals and will follow proceedings with interest.”

Renault confirmed on Tuesday evening that it would continue with its appeal: “We have confirmed our intention to appeal against the Stewards’ decision in respect of the Racing Point brake ducts. In the meantime, we will continue to work intensively with the FIA and all stakeholders to develop and implement a clear and enforceable regulatory framework that will ensure all teams participating in the 2021 season will develop their original aerodynamic concept by themselves.”