Mercedes will not intervene to keep German GP on calendar

Mercedes boss Toto Wolff says that the Stuttgart manufacturer will not intervene to try to keep the German Grand Prix on the 2020 Formula 1 calendar, despite helping to ensure that this year’s race took place. 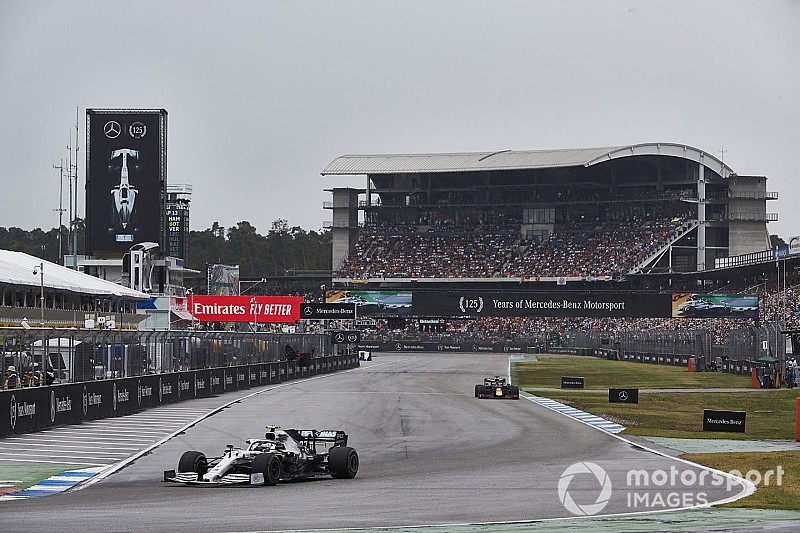 The German GP is set to be the only current event missing when next season’s schedule is confirmed, with Vietnam and the Netherlands bumping the total up to 22.

Hockenheim subsequently signed a one-year deal with an option on F1’s side for 2020, but that has not been taken up, with Liberty viewing the fee involved as insufficient.

“Last year’s deal came up pretty spontaneously,” said Wolff. “We had a meeting on Sunday morning with Chase and Sean, and they said would you be able to help us bridging the gap?

“And in half an hour we bartered out a deal in order to make the German GP happen. But this is not something which we are in a position to continue.

"Also because I believe that we shouldn’t really be interfering in the business of Liberty and F1 – it is up to them to decide which tracks are on or off.”

Wolff stressed that Mercedes didn’t want to get involved in pushing for its home Grand Prix, despite its obvious value to the company.

“First of all I believe it’s really encouraging that there is lots of interest in hosting a race," he said. "Liberty has the great problem of having more demand than supply, and that is good, and also good for the teams, because fundamentally we share a large part of the prize fund.

“And this is where I would like to leave it, because it’s Chase’s and his team’s call to decide where we go.

“For us the German GP is important, because Daimler is a German company, and there are lots of family and friends in Germany, but we can’t interfere in their business.

"We can encourage them to look at the German GP, but it’s Chase’s call to decide where we go.”