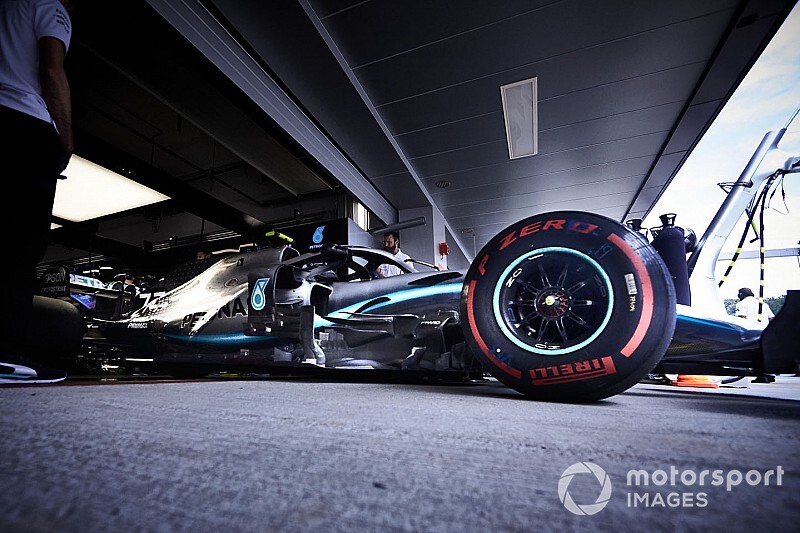 Mercedes has teamed up with the Tour de France-winning INEOS cycling outfit that is working with a new 'Applied Science' division the Formula 1 squad has created.

The deal also involves petrochemical company INEOS's sailing team, which is aiming to win the America's Cup and is led by British sailor Sir Ben Ainslie.

Mercedes-Benz Applied Science (MBAS) was formed in March 2019, with a remit to "leverage the best of aerospace and motorsport technologies to deliver performance across the domains of land, sea and air", per a Mercedes statement.

It has a dedicated commercial wind tunnel facility at Silverstone and has "worked across a range of motorsport series including MotoGP, LMP and Formula E" in 2019, according to the statement.

MBAS has been working with Team INEOS – which has won seven of the last eight Tour de France events, including its Team Sky guise – since August.

The deal is said to involve "several projects" – including aerodynamic optimisation work and sensor studies on riders and equipment.

"The technological demands of Formula 1 mean we are well-placed to support with advanced technical challenges in specific areas of sailing and cycling, with a particular focus on aerodynamics and the manufacturing capability around key components," said Mercedes motorsport boss Toto Wolff.

Wolff added that INEOS founder and chairman Sir Jim Ratcliffe had approached Mercedes "with the concept of bringing together the three organisations".

"We immediately saw the opportunity to grow and diversify our business - and to learn from some of the most successful teams in world sport," Wolff added.

"We are very excited about this agreement's potential in the months and years ahead."

Ratcliffe said: "Tapping into the unrivalled expertise and success of the Mercedes Formula 1 team to support our sporting ambitions across sailing and cycling is an exciting proposition for us."

MBAS's collaboration on sailing for INEOS Team UK currently involves 18 engineers working on hull and deck aerodynamics, as well as foils, drivetrain and hydraulics for its 2020 boat, plus simulation, manufacturing and quality control input.

Ainslie said: "There's an incredible amount of synergy across all the sports, Formula 1, cycling and the America's Cup - it's a fascinating mixture of pushing the boundaries of technical innovation alongside sporting prowess.

"Mercedes have been phenomenally successful in Formula 1 and there is undoubtedly much we can learn from their organisation.

"Being able to access their technical resource and experience will be a huge boost for our team.

Mercedes' partnership with Team INEOS is the second F1/cycling collaboration development to be announced in recent weeks.

McLaren, which had had a 50% joint venture partner in the Team Bahrain Merida cycling team, increased its involvement with the squad and it will race as Team Bahrain McLaren in 2020.

Ferrari: Melbourne was a "cold shower" after 0.5s test lead