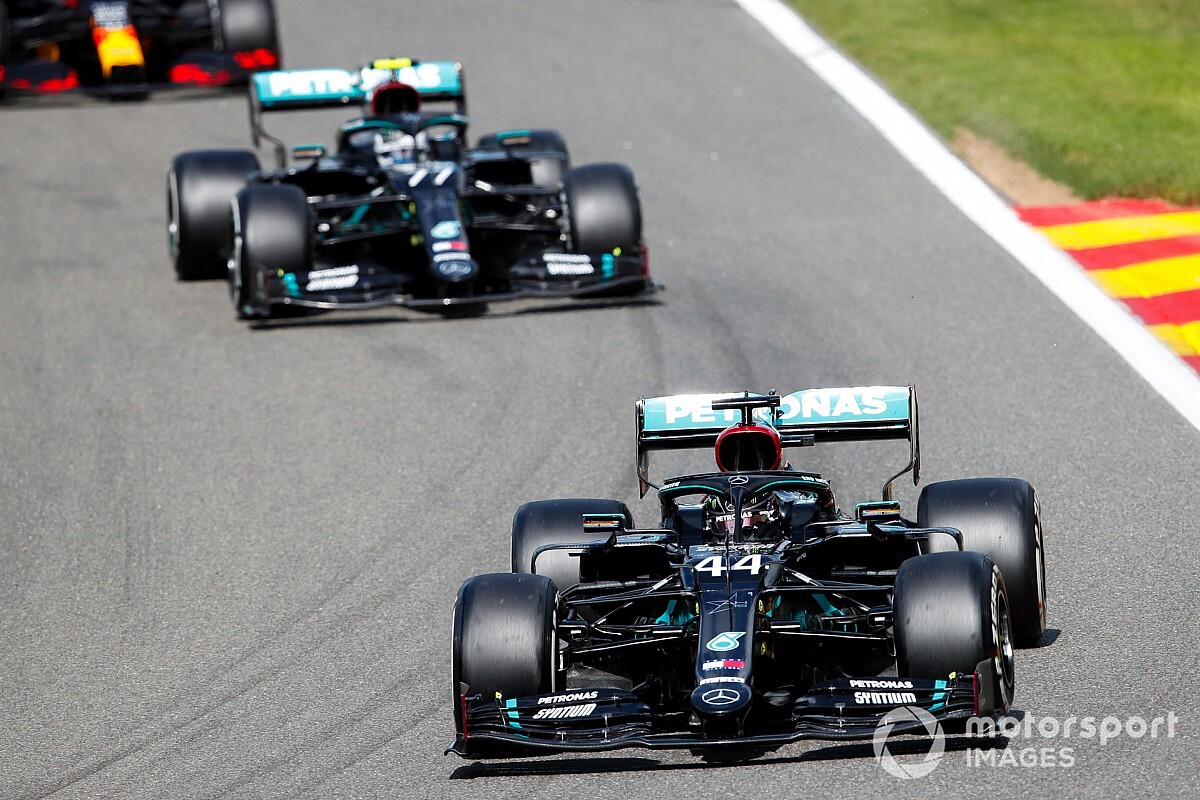 Toto Wolff has explained the radio exchange with Valtteri Bottas over using a push mode to try and catch Lewis Hamilton in the opening stages of the Belgian Grand Prix.

Mercedes swept to its sixth victory of the 2020 Formula 1 season as Hamilton led Bottas home for a 1-2 finish, extending its lead over Red Bull in the drivers' championship.

Hamilton led every lap of the race at the Circuit de Spa-Francorchamps, having kept Bottas at bay in the opening stages before controlling the gap at the front.

Bottas was heard asking if he had "one push" available to try and catch Hamilton in the early part of the race when he sat just outside the one-second DRS window.

Bottas' engineer informed the Finn that he did, but "we agreed not to use it against each other", to which Bottas replied: "I never heard of that."

Mercedes team principal Wolff explained after the race that it had been agreed to keep the high-power overtake modes in reserve to defend from Red Bull's Max Verstappen behind.

"There's no rules in place between the two drivers, they are allowed and free to race," Wolff said when asked by Motorsport.com about the exchange.

"There is always the risk of needing it against Max or any other car. This is what we were referring to.

"[With] Valtteri obviously, this was maybe a miscommunication between him and some of the guys. That's why we reiterated it."

Bottas said it was "impossible" to say if he was quicker than Hamilton at any point in the race as he ran in the dirty air of his teammate, forcing him to use up more of his tyres.

He felt his best chance to overtake Hamilton came at the start, when he got a better exit out of La Source, only to be forced to ease off to avoid running into the rear of the sister Mercedes.

"I tried to use the opportunities," Bottas said. "The first one was the race start, out of Turn 1, I got a better run than Lewis, so I had to actually lift to not run into the back of him.

"I tried to leave a bit of a gap to get momentum of the tow, but today, I was surprised how small the tow I had was with the tailwind into Turn 5 made a difference.

"Actually [it was] the same on the restart, I was hoping to catch him, but I just couldn't."

Gasly thought he would hit wall in Perez fight at Spa