After fifteen years the partnership between the McLaren Formula One team and Mercedes-Benz comes to an end, as the German car manufacturer today announced a new partnership with Brawn Grand Prix. Mercedes has bought a 75.1 % interest in the Brawn GP ... 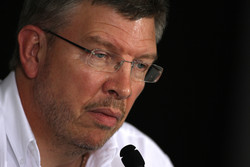 Ross Brawn sells out to Mercedes.
Photo by xpb.cc.

The Aabar company was already a Mercedes-Benz (Daimler) shareholder, and have a 9.1% stake in the Stuttgart-based car manufacturer, so it is no surprise they joined Mercedes in the Brawn takeover. The remaining 30% stake will stay in the hands of the current owners of Brawn GP, Ross Brawn and Nick Fry. The new Mercedes GP team will be headed by Mercedes Benz Motorsport CEO Norbert Haug; Mercedes Grand Prix will continue to work under the leadership of Ross Brawn, who will continue in his well-known role as team principal and designer, and the team will continue their Formula One activities from their current base in Brackley, Great Britain.

Mercedes will finance the takeover, which is rumored to be over 200 million Euro, by selling their 40% stake in the McLaren Formula One team to the McLaren Group, the transaction will be completed in 2011. The changes in partnership have taken place in mutual agreement. Mercedes and McLaren will continue their co-operation and Mercedes will remain McLaren's engine supplier from 2010 to 2015. Because Mercedes still has a contract with McLaren until the end of 2012, McLaren gets the Mercedes engines for free until the end of the contract, but they will lose the 50% Mercedes has until now paid for their drivers' salaries. The agreement also includes an option on the use of the Mercedes transmission units through 2015.

Although the McLaren Group will also restructure their company as a result of the Mercedes move, but Ron Dennis, Executive Chairman, McLaren Automotive and Founding Shareholder of the McLaren Group, said today that the new 5-year agreement with Daimler AG is a win-win situation for both McLaren and Daimler.

Dennis: "I've often stated that it's my belief that, in order to survive and thrive in 21st-century Formula 1, a team must become much more than merely a team. That being the case, in order to develop and sustain the revenue streams required to compete and win Grands Prix and World Championships, companies that run Formula 1 teams must broaden the scope of their commercial activities."

"Nonetheless, all of our partners will of course continue to play a crucial role in our Formula 1 programme. For that reason, and because the engines they produce are very competitive, we're delighted that Mercedes-Benz has committed to continue not only as an engine supplier but also as a partner of ours until 2015 -- and perhaps thereafter." 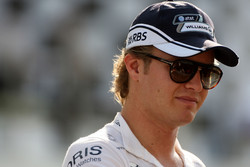 McLaren begun their partnership with Mercedes in 1995, and have together competed in 256 races, had their first joint victory in 1997 during the Australian Grand Prix, and have since then won 60 Grands Prix. They won the Driver's Championship in 1998 and 1999 with Finn Mika Hakkinen, and then in 2008 with Briton Lewis Hamilton.

The future of the drivers remains uncertain for now. It is expected ex-Williams driver German Nico Rosberg will become the number one driver for the new team, while Norbert Haug has also stated that he is very much interested in hiring German Nick Heidfeld as their second driver. The new Mercedes GP team would affectively become an all-German outfit, with a German owner, a German engine and two German drivers, though still based in the UK.

Dr. Dieter Zetsche, CEO of Daimler AG and Head of Mercedes-Benz Cars: "Due to the new Formula 1 environment, we will face the competition in future on the most important motor sports stage with our own Silver Arrow works team. Our new Silver Arrow Formula 1 team is a great sporting and technical challenge and we will tackle this with sporting spirit and full of enthusiasm."

But not everyone at Mercedes seems to be happy with the takeover: Erich Klemm, Member of the Supervisory Board of Daimler and Employee Representative, stated he was disappointed, and said that selling the 40% stake of McLaren would have been a great opportunity to "quit the very costly Formula One circus".

"Due to the financial crisis, Mercedes workers have lost a significant part of their income, thousands of jobs were lost," said Klemm. "The company should therefore invest in marketing their 'real' cars instead of investing in Formula One".

McLaren is now working on their own version of a British 'dream team', with 2008 champion Lewis Hamilton still under contract, McLaren appears now to be trying to secure the services of 2009 champion Jenson Button. Richard Goddard, Button's manager, has so far failed to secure a contract with Brawn GP after negotiations about the salary, about ?8 million, had failed.

Rumors say the Brawn takeover by Mercedes was a result of the McLaren spy-gate scandal in 2007 and the Hamilton-gate affair during the Australian Grand Prix this year, which seriously had damaged the image of both McLaren and Mercedes. Norbert Haug had to explain to the FIA Mercedes was not involved in the spy-gate scandal and he also personally apologized to the FIA, and it is believed that without Haug's efforts, the McLaren team would probably have been suspended from Formula One for one year.

Brawn Grand Prix offers an altogether different explanation: "The background to this decision are the new terms and conditions for Formula 1. The 'Resource Restrictions' (the new name for Max Mosley's budget cap) set by FOTA and FIA effectively limit expenditure for the design, construction and running of the racing cars. In addition, there will be a significantly higher income available for a Formula 1 team generated by the commercial rights of the racing series following the signing of the new Concorde Agreement."

Whatever the motives are, if the new Mercedes Grand Prix team can prolong the successes of the Brawn-Mercedes team in 2010, the freshly silver painted Formula One cars will be a force to be reckoned with next season. And last but not least, it is good to see a car manufacturer like Mercedes still believes it is worth to invest money in Formula One, and decided to continue their participation, instead of turning their back to the sport.

Mercedes Formula 1 driver Lewis Hamilton says that he won’t punish himself for the mistake that ruined his Singapore Grand Prix.

Charles Leclerc admitted he was surprised how Sergio Perez could pull so far clear in the closing stages of Formula 1’s Singapore Grand Prix after breaking free of DRS range.