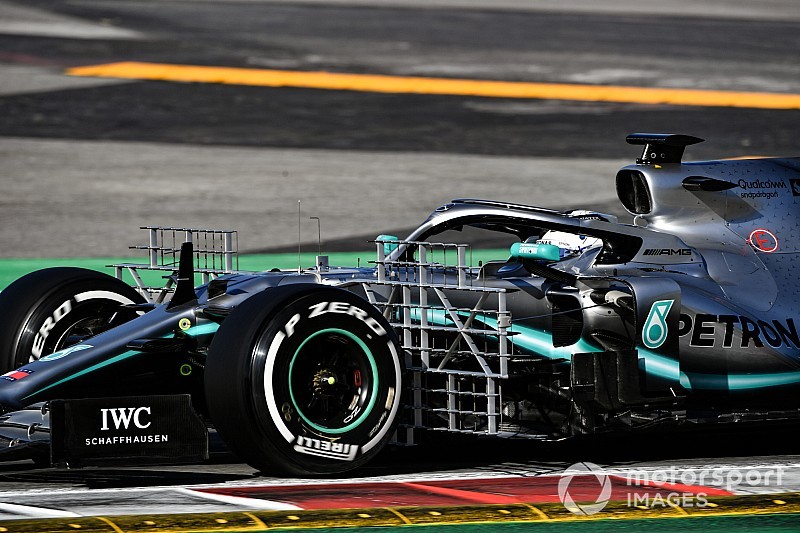 Mercedes says that there are still ‘good’ steps to come from its car and engine, despite it already having a sizeable advantage over its rivals.

On the back of the German car manufacturer’s record-breaking start to the season, which has seen it deliver five 1-2 finishes, few believe there is any chance of anyone beating Mercedes to the world championship this year.

And with Lewis Hamilton and Valtteri Bottas clear of their challengers in Spain, talk of further gains with the W10 suggests the Silver Arrows could maintain their dominance for a while yet.

Asked by Motorsport.com about how much more there is to come from the engine and car, Mercedes boss Toto Wolff said: “There are steps on the power to come, but with mature regulations it's not those immense steps that we have seen in the past. But still some really good work that is being done for engine number two.

“In terms of unleashing more performance of the chassis, I think we still have good ideas. It's still just the fifth race with these new regulations and more potential to unlock.

“This is also why we decided to go that way. We felt that with the front wing concept we have followed there is more potential long-term, maybe with the risk of a short-term struggle.”

Ferrari’s failure to beat Mercedes so far this year, and it falling short of expectations in Spain, has left the Italian team admitting that its own car concept may be wrong.

For while its lower-drag front wing solution may have worked well initially, the more limited scope it has to work with downforce improvements could now be holding it back.

If that proves to be the case, and Ferrari needs to switch to the Mercedes concept, then it could take months for the team to revise things and get its season back on track. By then, the world title fight could be totally over.

For now, though, Mercedes is still not getting carried away with its success – as it thinks closest rivals Red Bull and Ferrari have what it takes to be a threat.

“Both teams have the right resources and have tools that could easily make them rebound,” said Wolff. “We've seen a weekend in Barcelona now that was probably one of the strongest that we've had in seven years. But we are swinging a little bit with the news.

“If we have a strong weekend from Ferrari in Monaco, everybody will say 'this stopped Mercedes, at least it's the end of the Mercedes dominance of this year'.”