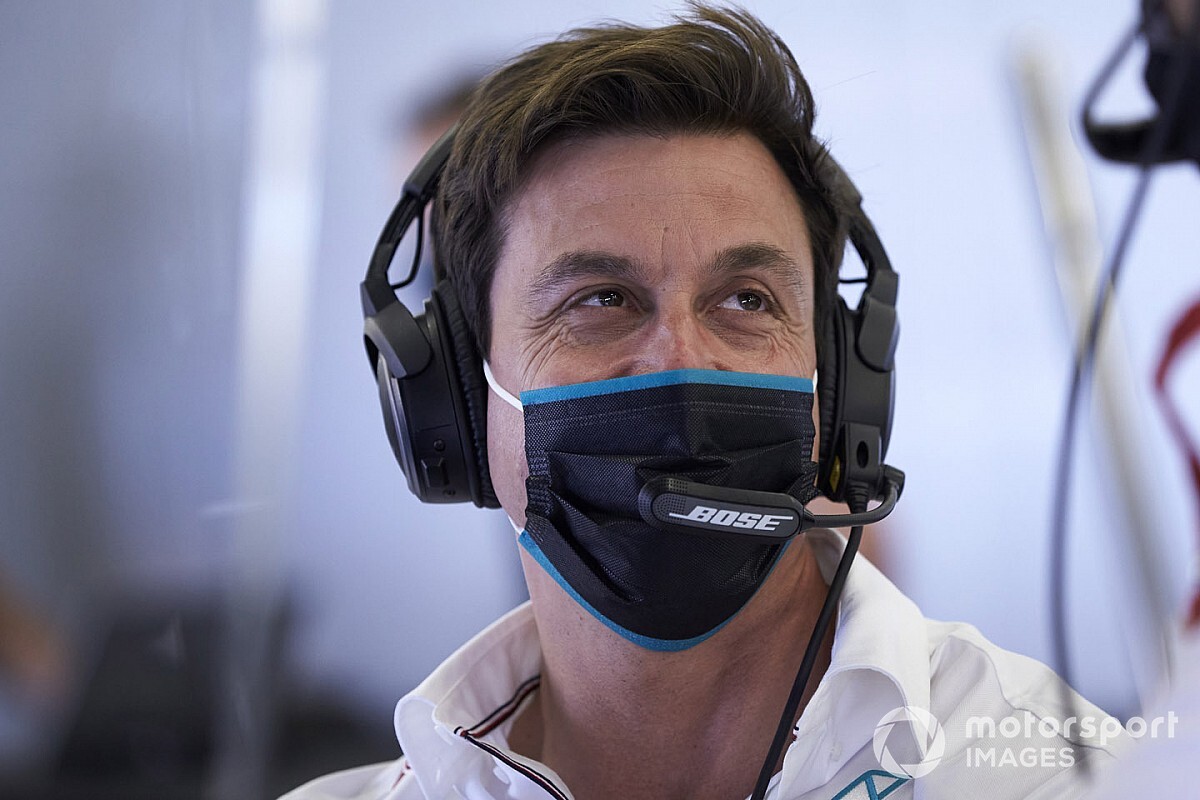 Mercedes is not willing to sign the current Concorde Agreement ahead of the August 12 deadline, saying it has been mistreated and is “the biggest victim” of the proposals.

F1 is currently in discussions with all 10 teams over a new set of commercial terms that are set to replace the existing Concorde Agreement, which expires at the end of this year.

F1 owner Liberty Media has been pushing for a more equitable distribution of revenue under the new terms in a bid to make the sport fairer and more sustainable as part of the talks.

A number of F1 teams have already confirmed they are ready to sign the terms for the new agreement, including Ferrari and McLaren.

An August 12 deadline has been set for teams to sign the new Concorde Agreement, as set by F1.

But Mercedes F1 chief Wolff said the team was not willing to put pen to paper on the terms that are currently proposed, and expressed his frustration with Mercedes’ treatment in the talks .

“We from Mercedes, we made very clear that we are happy with a more equitable split of the prize fund,” Wolff said. “The way success is rewarded and possible for everybody, we agree to.

“We are, I would say, the biggest victim in terms of prize fund loss in all of that. Ferrari has maintained an advantageous position. With Red Bull, it obviously balances out with AlphaTauri. So it’s us that are hurt the most.

“I feel that Mercedes has contributed to the sport over the last years. We have apart from being competitive on-track, we have the driver that has clearly the most global appeal.

“We feel that whilst being in those negotiations, we weren’t treated in the way we should have been.

“Therefore there is a bunch of open topics for us that are legal, commercial, and sporting.

“In our point of view, I don’t feel ready to sign a Concorde Agreement.”

F1 responded to Wolff’s comments by issuing a statement saying it would not look to delay finalising the agreements.

"Formula 1 has engaged with all teams in a collaborative and constructive way and listened to all their views,” the statement reads.

“This agreement is important for the future of the sport and all our fans. We are moving forward with this and will not be delayed any longer.”

It leaves F1’s champion team and the sport at odds, with just five days to go until the deadline that was confirmed by the sport and referred to by other team bosses on Friday.

Asked how far away he was from being in a position to sign the agreement, Wolff said it “depends on the other side.”

Wolff added: “If you are willing to sit on the table, address the critical topics, discuss them, come to maybe compromise outcome, then I think it can go pretty fast. I haven’t seen that approach.”

While Wolff did not elaborate on the issues that Mercedes is unhappy with, several key commercial and governance aspects are believed to be at the core of the issue.

In particular, he feels that Mercedes has not been treated as well as other teams in the way discussions having been framed, especially considering the team’s recent title successes and the investment it is making in the sport as an engine supplier.

One important factor to consider is how Ferrari has successfully negotiated to keep its veto over F1 rules and kept hold of an extra bonus payment for its historical significance to the sport.

While Mercedes recognises Ferrari’s status and importance to the sport so is not against such special treatment as such, it also believes that it has its own value that has not been appreciated in the negotiations.

There are also understood to be some sticking points about the new governance structure that is being planned from next year.

The sport is aiming to get rid of the need for unanimity for short term rule changes, which could leave a single outfit powerless to stop an alliance elsewhere voting through tweaks to the regulations.

Ferrari has long enjoyed a greater weighting of the prize money distribution due to its historical significance to F1, as well as retaining a right to veto rules.

Ferrari team principal Mattia Binotto reiterated the outfit's commitment to the current proposals, saying its role in the sport had been “recognised” in talks.

Binotto expressed his hope that Mercedes would agree to the terms, but said he was uncertain what its position was.

“I don’t know what will be Mercedes’ position, that’s up to them to decide,” Binotto said.

“I hope obviously they will sign. I think it will be great to have Mercedes with us next year on the followings.

“We are the only ones who have been there since the very start of Formula 1, 70 years. So it’s true as well that some teams sometimes are there and cannot be there.

“I think Ferrari will be there, as always it has been part of the history. We’ll be there in the future, we are fully committed, and we will certainly sign.”

Both McLaren Racing CEO Zak Brown and Williams deputy F1 boss Claire Williams confirmed their teams are also in a position to sign the agreement.

“We are ready to sign, we’ll be ready to hit the August 12th deadline,” said Brown.

“Some very small dotting the Is, crossing the Ts, but all the fundamentals are there. I’m really excited for the future of Formula 1.

“I think the new Concorde Agreement, it’s going to bring a much healthier sport, more competitive sport, and the biggest winners are going to be the fans.”

Williams added: “You’ve got the triple, you’ve got the three most historic teams in Formula 1 ready to sign the Concorde Agreement.

“Williams are in a position to do so. As Mattia is, we’ve got some minor legal issues to resolve, but we would be ready to sign it to meet the deadline.

“As Zak said, I think it’s fantastic for the sport. We can move forward. We’ve got some great new regulations coming online for 2021, which is certainly going to level the playing field and give this sport a much brighter future, which we’re really excited about.”