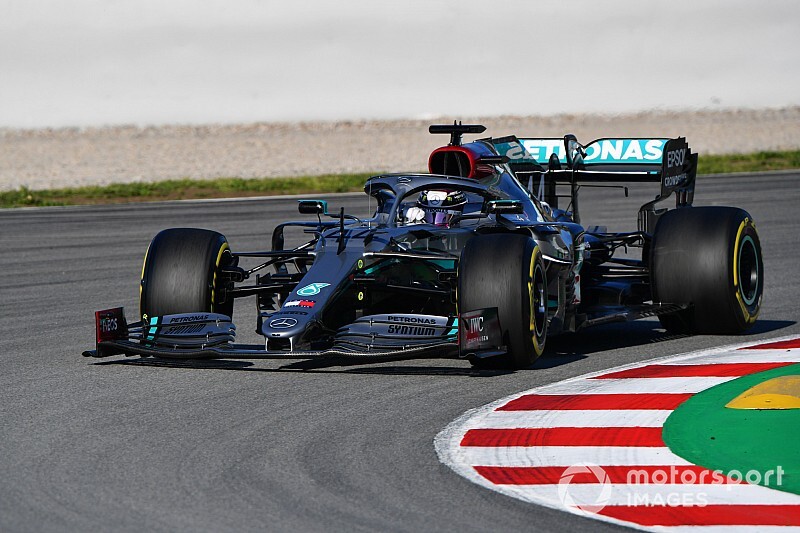 Mercedes has agreed to a plan not to allow DAS systems to remain in Formula 1 in 2021, despite emergency measures to roll over the current cars into next year.

The coronavirus pandemic has forced dramatic changes to F1, with teams agreeing earlier this month to delay until 2022 the introduction of a major rules revamp that had been planned for next season.

It means teams will continue to use their current chassis next year, with some aerodynamic modifications being allowed.

The move to keep the current regulations for 2021 could have left the door open for Mercedes to keep the advantage it has from its DAS system, which allows drivers to adjust the toe angle of its front wheels while the car is in motion.

However, in the wake of F1 keeping its current cars for another year, the German car manufacturer agreed with other teams and the FIA to a change in the regulations that outlaws it.

The new Article 10.4.2 of the revised 2021 Technical Regulations that has been approved by the FIA states: "The re-alignment of the steered wheels must be uniquely defined by a monotonic function of the rotation of a single steering wheel about a single axis.

"Furthermore, the inboard attachment points of the suspensions members connected to the steering system must remain a fixed distance from each other and can only translate in the direction normal to the car centre plane."

The decision to make sure DAS does not stay for 2021 will ensure that teams are not forced to embark on an expensive spending war to develop their own systems.

The fact that it had already been banned for the new era rules left many of Mercedes competitors doubtful that the investment on it was worth doing for this year.

However, their views could have changed if the ban had been put back until the new cars arrived in 2022.