Mercedes drivers unsure DAS will be used in Australia 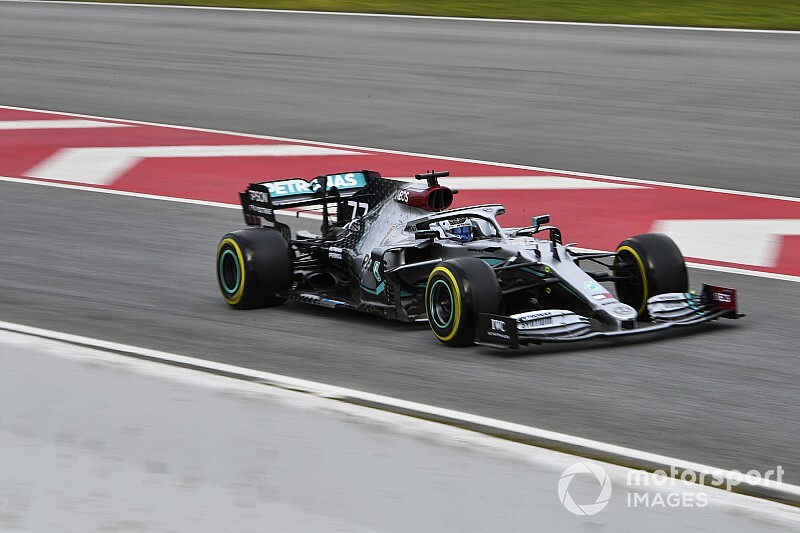 Mercedes drivers Lewis Hamilton and Valtteri Bottas remain unsure whether or not the team will use its dual-axis steering system at the start of the 2020 Formula 1 season.

After a year of development, Mercedes debuted its new DAS system on the second day of pre-season testing in Barcelona, sparking intrigue throughout the paddock.

The system allowed Hamilton and Bottas to adjust the toe angle of their cars by pulling and pushing the steering wheel in the car.

While question marks remain over its sporting legality under parc ferme rules, most rivals hailed Mercedes’ innovation with the new device.

But the team is yet to make a firm decision on whether the DAS system will be used at the opening race in Australia, having spent time in testing evaluating the advantages it offers.

“Definitely run by run we were learning more about it,” Bottas said. “With the test, the engineers have more time to learn from the data and more of the guidelines for us as the drivers, how to best use it.

“What kind of situations it can bring the advantage, how big an advantage it will give us, and at which tracks is a bit of a question mark.

“We’re happy to have it on the car, and now it all goes pretty smoothly and starts to feel like everything goes pretty automatically without too much thinking about it, and we’re using it what we think is the best.”

Asked if the team planned to use DAS in Melbourne, Bottas said he saw “no reason why not”.

Teammate Lewis Hamilton was more coy about the possibility of having DAS in the car, claiming he had not spent much time focusing on its usage.

Hamilton heads into the new season chasing a record-equalling seventh F1 world title, and ended the test running with more mileage than any other driver.

The Briton said there had been some problems for Mercedes to resolve, having lost track time due to some engine issues, but was generally pleased with how testing had gone.

“I think we've had a good winter test,” Hamilton said. “It’s not been perfect. We’ve found that we've got plenty of problems that we are trying to iron out. I don't know how long it will take to iron out but that is never a bad thing necessarily to discover through testing.

“But otherwise, I think our performance has been quite good in the sense of laps we've got and the mileage apart from yesterday and the processes and things we discovered along the way.

“I have no idea where we stand compared to the others. The team will probably have a better idea of that.”