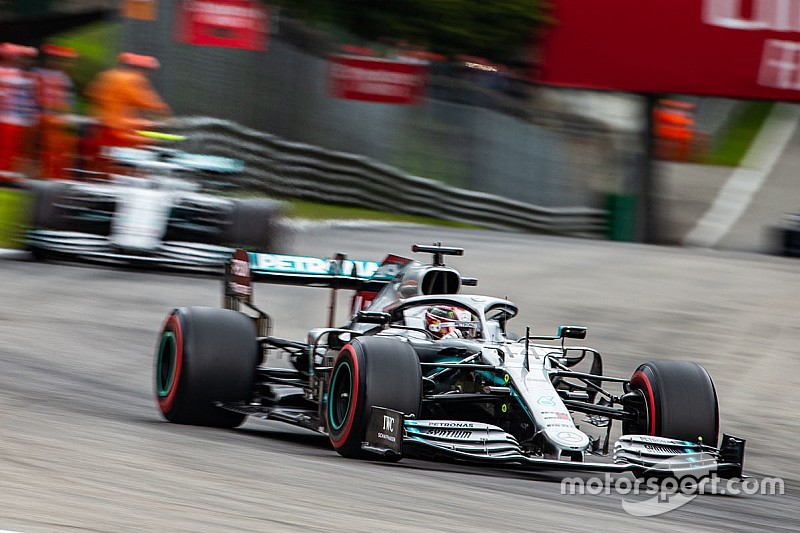 Mercedes boss Toto Wolff says his team needs to keep pushing on with development of its 2019 car, despite its comfortable lead in the Formula 1 standings.

Lewis Hamilton is currently 99 points ahead of nearest non-Mercedes rival Max Verstappen in the drivers' standings, with the German car manufacturer 154 points clear of Ferrari in the constructors' battle with seven races remaining.

But although it would likely take a huge run of bad luck to stop Mercedes taking both championships this year, Wolff says he still does not feel that the outfit is in a comfortable position.

"The intensity is still on for 2019, and there's seven races to go," he explained. "We have a solid gap in both championships but obviously a streak of one or two really bad weekends can make it swing in the other direction, so we've got to keep pushing and this is what we'll do.

"You can't take anything for granted. We knew that Spa and Monza would be difficult for us, and this is how it happened.

"Singapore on paper looks much better for us and the [Red] Bulls. But I have no doubt that Ferrari will also have learned in the meantime and will have a better package there, better than [they had in] Hungary."

Ferrari knows that it is unlikely to be able to close up the gap to Mercedes in the points' standings, but it does think it can make improvements to its car so it can more regularly challenge for wins.

Sebastian Vettel said: "Going forwards we're not the favourites for this year's championship since a long time. I think you don't need to be clever to make that out.

"But I think we still have some races coming where we will be probably more competitive than others, but I think overall its just about getting a good weekend.

"I think the speed is there so I'm not worried, it's honestly just a matter of putting things together. But I think we have a lot of races and a lot of time.

"On the other hand we need to make sure that we keep developing the car in the right way so we are more competitive at the end of the season than what we are now."

How Ocon ended up back at the team that rejected him