Mercedes driver spat: Why Lewis Hamilton is loving this 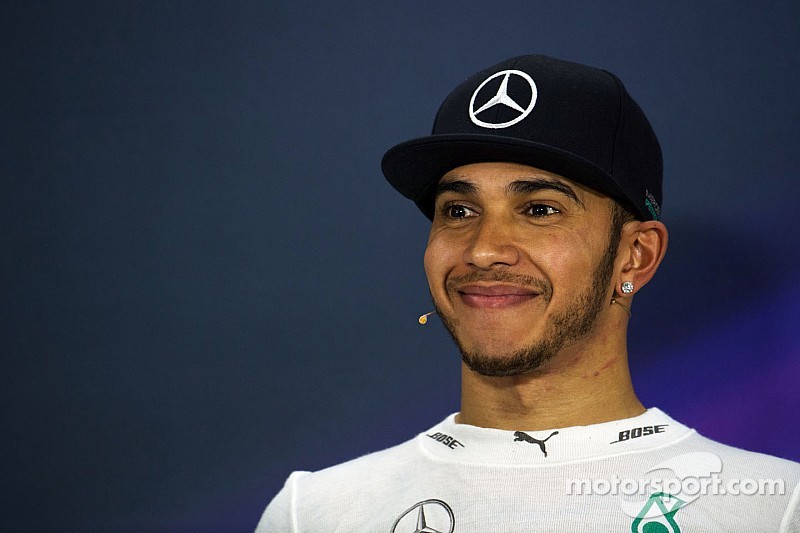 Lewis Hamilton's victory in Sunday's Chinese GP was quickly followed by his teammate Nico Rosberg complaining of his tactics. Like Lewis cares!

Not only has Hamilton scored his second win in three starts to extend his Formula 1 World Championship lead, his teammate Rosberg – who he's beaten in every session that counts this year – goes and vents his frustration in public.

We've heard this before, of course. Remember Hungary last year? After a team orders disagreement, with Rosberg not being quick enough to pass Hamilton on an alternate strategy, Nico stewed on it all through the summer break and vented his discontent in a team meeting ahead of the next race at Spa-Francorchamps.

Back then, Hamilton said: "I think (the situation) is very clear for me, I am not sure it is the same the other side."

And we all know what happened in the race at Spa… Of course, the collision between them changed the dynamic in the championship. Although he took a big hit points-wise, Hamilton was able to regroup and focus on nailing the final races with brilliant speed.

The chastened Rosberg's challenge withered, his reputation taking a battering as crowds boo-ed him. Hamilton, meanwhile, surfed the crest of a wave all the way to his second title.

Those who know Hamilton will understand he's a very straightforward character, not prone to mind games. However, he's certainly got the street smarts on track to know when to push and when not to – especially when your teammate is providing a handy buffer to the rival who had beaten you a fortnight ago by extending his tyre life.

After Rosberg complained over the radio, Hamilton was told to "pick up the pace if you can" – showing the team was certainly playing this straight. It even warned him that Rosberg might pit first, creating the spectre of an undercut.

As soon as Rosberg did pit, Lewis unleashed his true pace – lapping way quicker on old softs that Nico could on new mediums. But all Hamilton was guilty of last Sunday, in my view, was taking advantage of his track position and maximizing his chances of victory. Rosberg's post-race reaction was an added bonus.

"It's frustration that's he's been beaten yet again by Lewis Hamilton," believes former driver and BBC TV pundit David Coulthard of Rosberg's press conference rant. "The thing that boiled over last year is simmering up to the surface again."

But there's no three-week gap for Rosberg to simmer on this one, we go straight into Bahrain in a matter of days…

Hamilton also said before Spa last year: "The best thing is we learn from our decisions and we move forward – and there is no tension, no negativity." Hmmm…

Immediately after leaving the media bullpen, Hamilton was collared by Sky's Martin Brundle as he walked to the Mercedes debrief. Is this going to be a bit tense, he was asked?

"I don't think so, I don't know why," Hamilton responded warily, and then changed his tack: "We won, man, we came one and two!

"I was enjoying myself, we had such a good set-up, so fine for the way you drive. Today was about being smooth, not having any slides or moments to kill the front-left tyre."

For a driver who is generally reckoned by most observers to be more instinctive (ie: quicker) but less thoughtful (ie: thicker) than Rosberg, Hamilton is playing him like a well-tuned guitar right now. Not just quicker, but smart too.

Coulthard adds: "It might well the little bit of anger he needs to find an edge to get under the skin of Lewis and destabilise him.

"Right now, Lewis is surfing on a beautiful wave and it doesn't look like anyone is going to get him."