Wolff expected Mercedes to be "much more competitive" 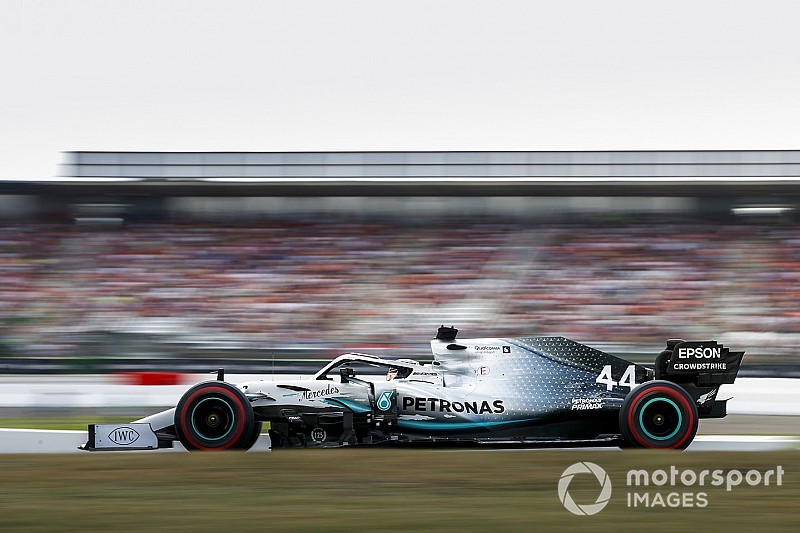 Mercedes boss Toto Wolff says he expected the W10 car to be much more competitive in Germany despite Lewis Hamilton grabbing pole position.

Wolff concedes that had Ferrari not blown its chance with technical issues for both Sebastian Vettel and Charles Leclerc in qualifying, the Brackley team was unlikely to have been at the front.

Mercedes came to its home race with a package of aero changes, including several focussed on the cooling problems that compromised the team in Austria.

"I think we were expecting to be much more competitive," said Wolff. "This weekend we put a very solid upgrade package onto the car. We knew that the straight line speed would go against us here in Hockenheim.

"But with Sector 3, similar to Barcelona, and the overheating issue [addressed], we should have stood out. And we didn't, all weekend. Fundamentally we are not happy with our own performance, and it could have looked much different if Ferrari had finished qualifying."

Asked if the team understood why it had underperformed, he said: "No, it's not understood. I think we see that the upgrade package has delivered, we see it on the pressure tappings, but there are so many factors to consider – the specific circuit layout, the tarmac, the heat, have we completely understood how to tune the car for the aero upgrade.

"So there are many variables which we need to find out and analyse before going to Budapest."

Wolff also had no explanation as to why the car made a big step from practice and Q1 to much better form on Q2.

"If we would know… Sometimes with all this data, and sensors, and the cleverest engineer on the planet, you can't really answer the questions. I think we've seen probably out lap preparation is important, and Q1 is crowded, you're not always able to get it right.

"I think that the drivers need to adjust also, and in a Mercedes maybe Q1 sometimes is not the main priority, but it's more about settling in and preparing yourself for Q2 and Q3. We don't know, I think the update package threw another unknown into the equation, another variable, and hopefully by Budapest we'll understand a little bit more."

Although the two Ferraris are well down the grid, Wolff expects a threat from Red Bull on Sunday.

"It's called Max Verstappen, and it's driving well on rough tarmac, in hot conditions. I think Max, and the Red Bulls generally, have shown great race pace. They're handling the tyres well, and definitely a threat tomorrow."

Regarding Hamilton's illness, which led to reserve driver Esteban Ocon being on standby, he said: "There's a flu going around I think in the paddock and he wasn't feeling great. It was clear that Esteban was coming from the UK to make sure that if it was going worse, that we were prepared. No more."

Why so many teams now use rake in F1