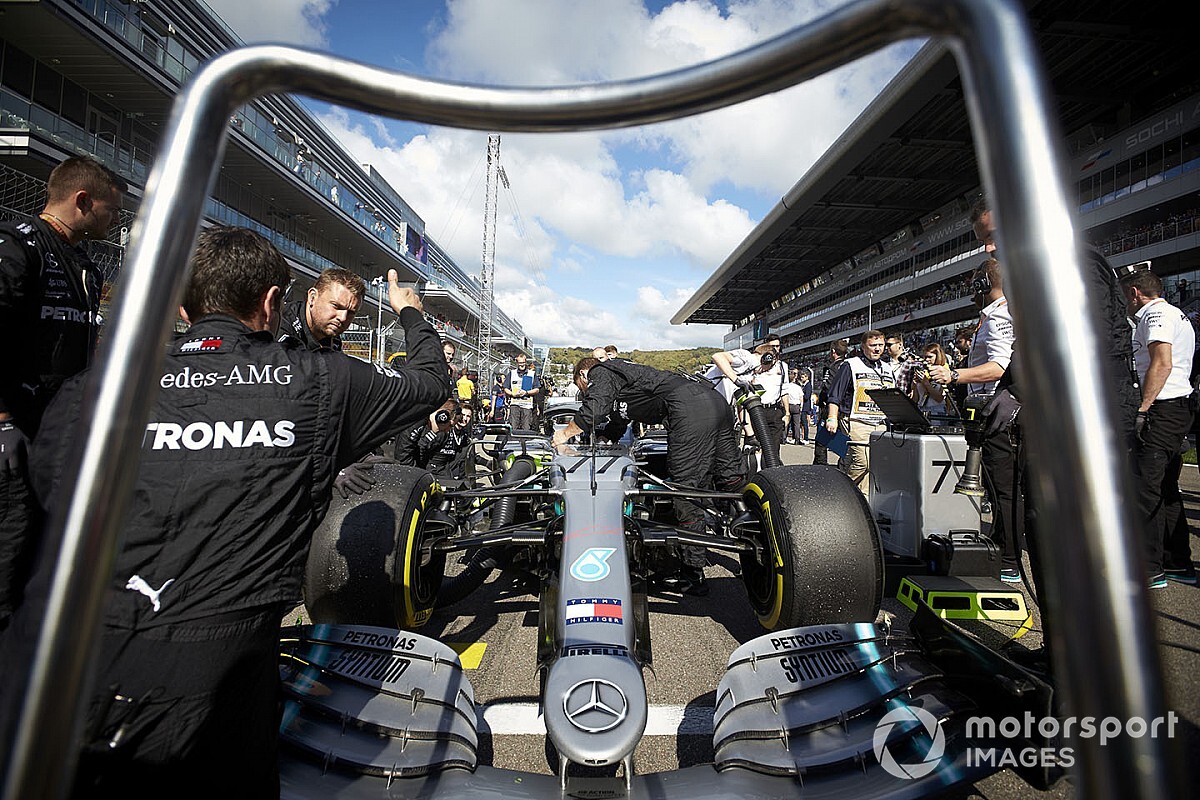 The Mercedes Formula 1 team earned and spent almost the same amount in 2018 as it did in the previous season, newly-released accounts have revealed.

Income and expenditure had previously made a significant jump from 2016 to 2017, with the latter figures reflecting the R&D costs associated with the major F1 rules changes introduced that season.

The fact that its expenditure essentially stayed the same in 2018 suggests that Mercedes opted to maintain that level of investment in a period of relatively stable rules.

However there is no outward sign yet of the team addressing the cost cap that is coming in 2021, and which will force the big three teams to trim spending and inevitably head counts.

The marketing revenue contribution of Daimler AG to the team's budget is listed as £64.3m, around £4m more than the previous year.

However, £25.3m is returned by the team – reflecting the leasing cost of the power units supplied by sister company HPP. That leaves a net Daimler contribution of less than £40m.

As last year that number suggests that Mercedes gets a big bang for its buck, given that it enjoyed a 24% share of F1's TV coverage in 2018, which represents an AER (Advertising Value Equivalent) of $3.7bn for its commercial partners.

In emphasising the value of the F1 programme the team says: "In parallel to the team's success in recent seasons, the Mercedes-Benz brand has grown in value from $31.9bn in 2013 to $48.6bn in 2018 (as measured by Interbrand), with F1 making an important contribution to the brand's status as the eighth most valuable in the world."