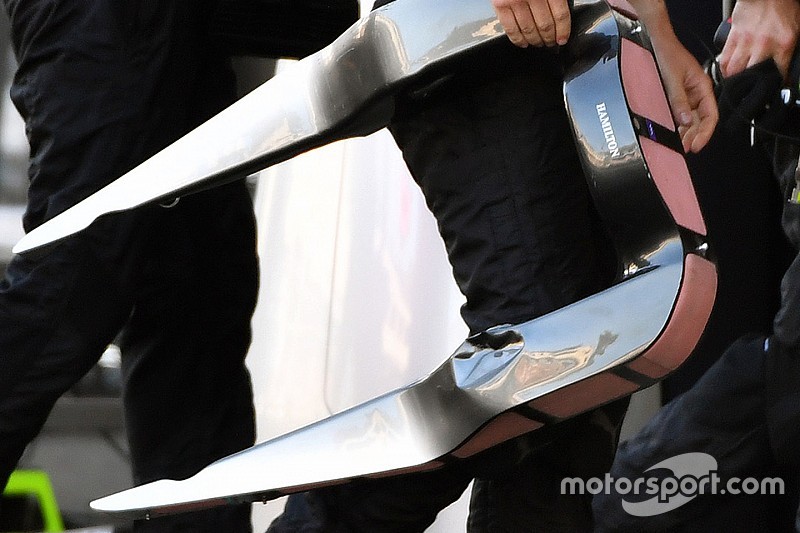 Mercedes is to make changes to the locking mechanism of its headrest in time for the Austrian Grand Prix in a bid to ensure there is no repeat of the problem that cost Lewis Hamilton victory in Baku.

Hamilton looked on course to take the win in Azerbaijan before a loose headrest forced him into the pits for a replacement.

That incident dropped him down the order, although he was able to recover some ground and finish fifth overall – one place behind title rival Sebastian Vettel.

Mercedes has spent time at its Brackley factory this week looking into exactly what went wrong and has concluded that the length of the locking pins at the back of the headrest – where it attaches to the car – most likely played a part.

Motorsport boss Toto Wolff had said immediately after the race that it was the first time such a problem had occurred, but suspected the fact that his team’s pins are shorter than some of its rivals’ most likely played a part.

“I haven't heard of that problem [before],” he said. “The knobs that go into the hole are not very large.”

In response to what happened in Baku, Mercedes has decided to change the design of the pins as an extra failsafe to help ensure that the headrest is fully locked in place whenever it is fitted to the car from now on.

Mercedes was keen after the Baku to ensure that the headrest incident did not result in individuals being blamed for what happened – which is why Wolff was angered by a question from Sky pitlane reporter Ted Kravitz about the matter.

"I will not blame anybody - and I won't let you start to try and blame somebody,” Wolff told Sky TV. “This team has won three world championships and I will not point the finger at a single person."

Button urges F1 to "move on" from Vettel controversy

Grosjean: “I need to be better” at managing brake problems