Formula 1 manufacturers Honda and Mercedes will be the title sponsors of their respective home races in Japan and Germany. 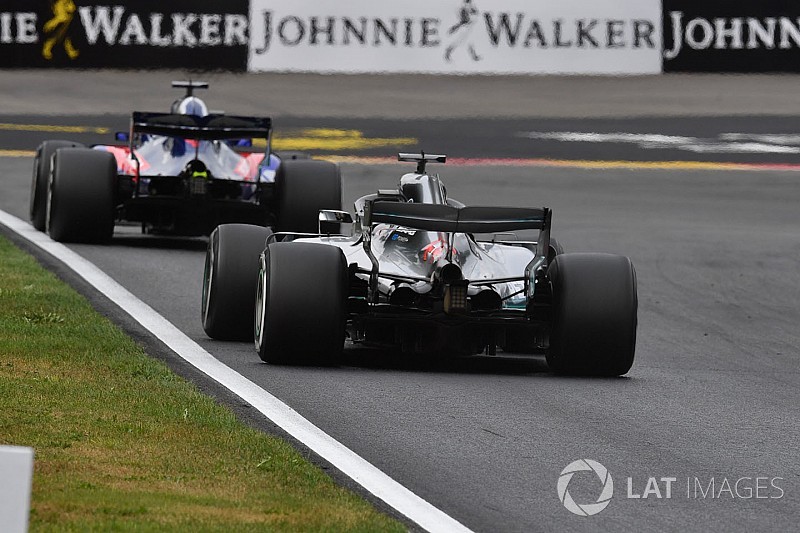 Honda will sponsor this year's Suzuka event, while Mercedes will support next year's race at Hockenheim.

Honda is also the owner and promoter of Suzuka through its MobilityLand subsidiary, but this is the first time that it has attached its name to the race, which has been confirmed for a further three years.

In the past, Mercedes has helped the German GP through initiatives such as buying tickets, but team boss Toto Wolff has always made it clear that it is not the company's job to subsidise the race.

But the title sponsorship provides a way for Mercedes to play a role in ensuring that the race survives into 2019 in its a one-year deal.

"We certainly thank Honda for their support in Japan," said F1 CEO Chase Carey. "And obviously Honda is a very important partner, not just as title sponsor, but in the history of the sport itself, so we're tremendously excited about being able to build and expand on the partnership with Honda.

"But equally in Germany obviously Mercedes as our reigning team champion, clearly it's in a special place. We are thrilled that Mercedes stepped forward to play an important role, as the title sponsor, to help us find a path to bring the grand prix back to Germany."

MobilityLand boss Susumu Yamashita insisted that hosting the race was not simply about making a profit, but about attracting as many spectators as possible to Suzuka.

"The reason we do motorsports is not based on profitability," he said. "The reason why we continue to do F1 is that F1 is the best four-wheel racing, it has the highest attention from people in the world. F1 brings many more spectators.

"For us, the utmost importance is to have many more spectators, with a combined effort made by us, with Chase Carey and FOM [Formula One Management], we'd like to make this grand prix more entertaining even than ever."

Carey says that F1 can work towards a recovery of Japan's interest in F1.

Carey insisted that a successful race in Germany during 2018 provided sufficient momentum to agree the deal with Hockenheim for the following year.

"It was a great race there this year," he said. "We obviously hadn't raced in Germany in 2017. A great crowd, exciting race, Lewis [Hamilton] called it a race he'll long remember.

"I think with the success this year it gave us momentum that enabled us to renew the German race next.

"So we're tremendously excited to bring Germany back on the calendar with the momentum we had."