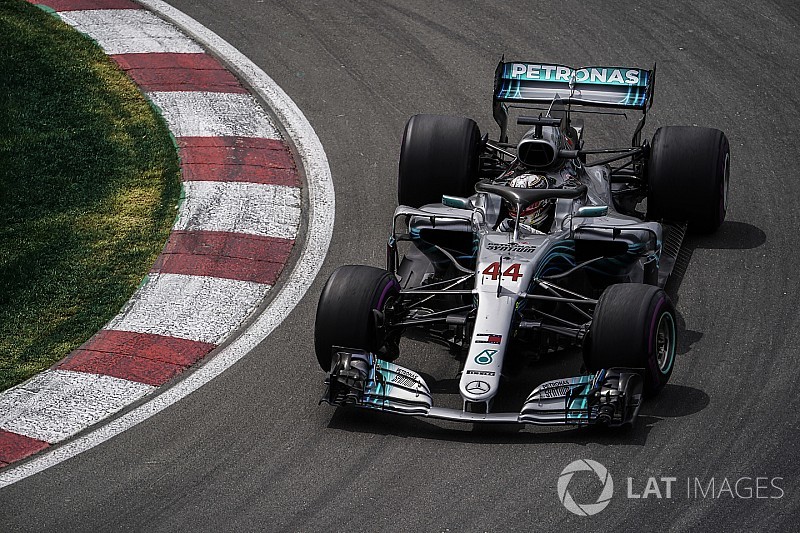 Mercedes believes its inability to win the Canadian Grand Prix shows there is no longer a clear performance pattern among Formula 1's top teams.

Lewis Hamilton and Mercedes won the previous three races in Montreal and looked the favourite for a fourth straight win last weekend.

However, Hamilton struggled for pace and wound up fifth, with teammate Valtteri Bottas a distant second behind Ferrari's race winner Sebastian Vettel.

Mercedes team boss Toto Wolff said: "We came to Montreal expecting our car to be really strong and we are leaving seeing we haven't been where we thought we should be.

"That's why there is not the usual pattern, the historic pattern of cars being strong on certain circuits and then weak on others.

"I still think we are not pretty good in Monaco or Singapore, that may be the odd outlier, but you need to expect people to be strong everywhere."

Wolff said that the loss of that kind of trend was "the new reality" of a tight fight with Ferrari and Red Bull, which beat a Mercedes on merit for a second straight race.

"Somehow this year the margins have become so tight – five cars within a tenth," said Wolff.

"This is why this year's championship is going to be decided by the ones who make the least mistakes and brings the best development onto the engine on every single weekend and that is the new reality.

"It's a three-way fight, six cars can win races. You can't take anything for granted.

"You can't come to Montreal and think it's going to be a walk in the park because that's the kind of wake-up call you get."

Wolff pointed out that Mercedes should have won in Australia, where it was more competitive than it was in 2017, and dominated in Spain after being bested by Ferrari last season.

He said these were more examples of the lack of a pattern, adding it "makes the championship exciting, because you don't know what to expect".

"You have to come to the weekend, all your preparation work has to be spot on," said Wolff.

"There's no time to be lost in terms of preparation on the Friday because it's going to come and bite you."

Mercedes failed to bring its second-specification of engine to Canada after a last-minute reliability scare on the dyno.

Wolff said he was the "opposite of confident" that everything is sorted and Mercedes would immediately resume its previous form, reiterating that it was "a major wake-up call for every single member of the team".

Pressed on the upgraded engine, Wolff said: "I don't want to say too much because we were expecting to have the engine here and then on the last long run we spotted a potential issue.

"I'd rather have it in the car on Friday morning, run it without problems, and then confirm it."

Mercedes: We ran old engines as hard as possible in Montreal