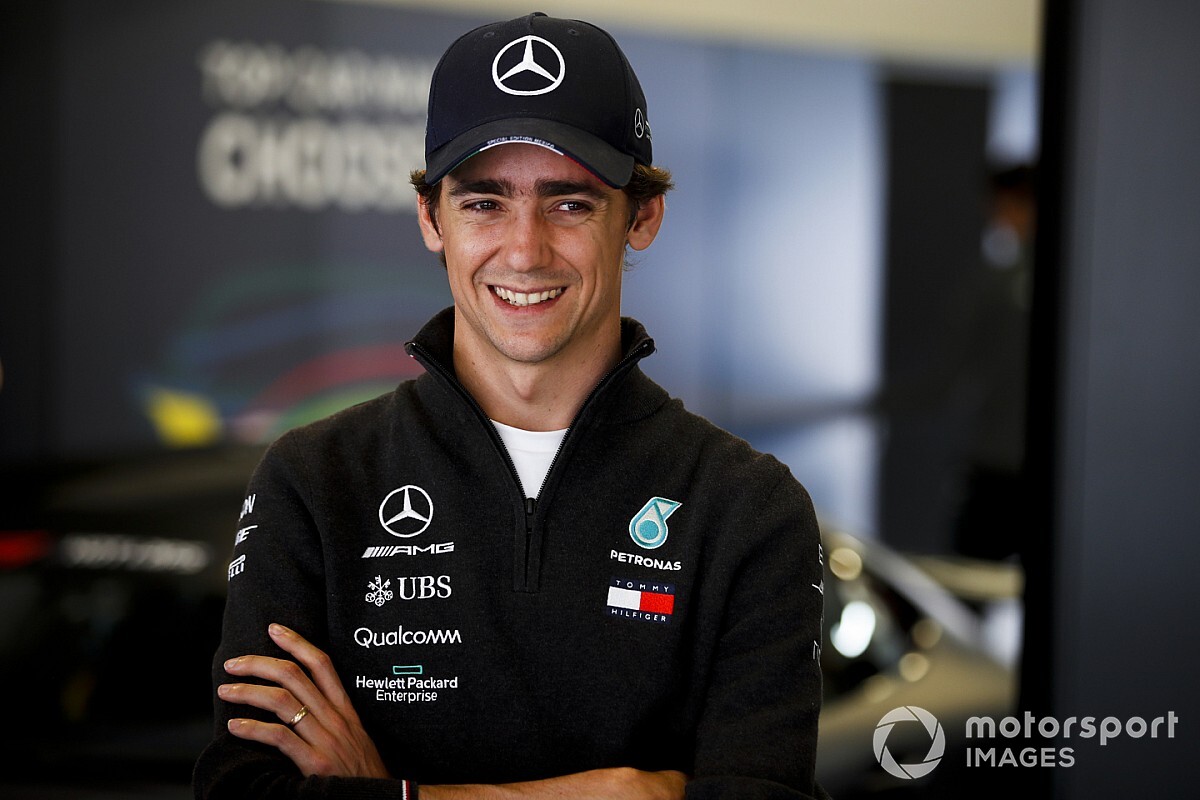 The Mercedes Formula 1 team has no definite plans to give Esteban Gutierrez track mileage in the near future, despite a new rule for 2020 making the Mexican ineligible for an FIA super licence unless he has conducted a test.

Along with Stoffel Vandoorne, Gutierrez has been named as a reserve driver for the Mercedes, McLaren and Racing Point teams.

However a change to the super licence rules outlined in the FIA’s International Sporting Code specifies that drivers who have not raced in F1 for three seasons have to do 300kms of running to re-qualify for a super licence.

Gutierrez last raced with Haas in 2016, while Vandoorne is eligible as he drove for McLaren in 2018.

Regarding drivers who held a licence over three years ago the rule states: “In this case, the driver must be judged by the FIA to have recently and consistently demonstrated outstanding ability in single-seater formula cars.

“The F1 Team concerned must show that the applicant has driven at least 300kms in a representative F1 car consistently at racing speeds, over a maximum period of two days and completed not more than 180 days prior to the application, either certified by the ASN of the country in which the test took place or during an event counting towards the FIA Formula One World Championship for Drivers.”

Vandoorne is committed to Formula E in Berlin for the 70th Anniversary weekend, but thereafter he will be available to be the primary reserve for Mercedes.

The Brackley team has indicated that Gutierrez won’t have a chance to log the necessary mileage by replacing one of its race drivers on a race weekend Friday.

It is looking for an opportunity to give him a run, potentially in its 2018 car, as used by Lewis Hamilton and Valtteri Bottas for pre-season running at Silverstone. However no date has been scheduled as yet.

The sporting regulations also contain the provision for a driver who hasn’t raced for two years to conduct a day of testing in a current car, but only after he has been nominated to replace a race driver, which means it is not a last minute option. If a driver does such a test and then doesn’t race the team is docked a day of testing the following season.

Gutierrez’s current ineligibility meant that when Sergio Perez tested positive for COVID-19 prior to the British GP Racing Point had no option but to look elsewhere when it settled on Nico Hulkenberg.

“I think Esteban would have been a really strong candidate for the seat," said Mercedes team boss Toto Wolff. “But unfortunately he didn’t qualify. There is a new rule this year that if you haven’t raced in an F1 car in an official event for the last three years, you need to have done a test of at least 300km.

“That is a new rule that came into effect this year, which we didn’t particularly look at, because we didn’t think that a F1 driver that previously had a strong record wouldn’t qualify for the drive, but that was the case with Esteban, and therefore Racing Point opted for the other option. It wasn’t a bad option at all, for Nico Hulkenberg.

“We have to analyse now what it means for us. It’s a shame, because giving Esteban a chance is always nice, and he’s been a strong part of the team and a strong pillar of the team. Obviously I don’t hope that it’s ever necessary that we need a reserve driver. If we would have given him the chance. As it looks, we need to come up with another solution.”

Both Vandoorne and Gutierrez have had seating fittings at McLaren, and driven the current car in the Woking simulator, in case they have to be called upon. Team principal Andreas Seidl played down the fact that Gutierrez is not currently available.

“We are obviously aware about the situation,” he said when asked by Motorsport.com. “But in the end it's not something we are too focused on at the moment. If the situation comes that we need a reserve driver, I'm sure that we will find a solution.”