McLaren’s switch to Mercedes power units means it has designed “essentially a new car” for 2021, despite the stability in the Formula 1 regulations. 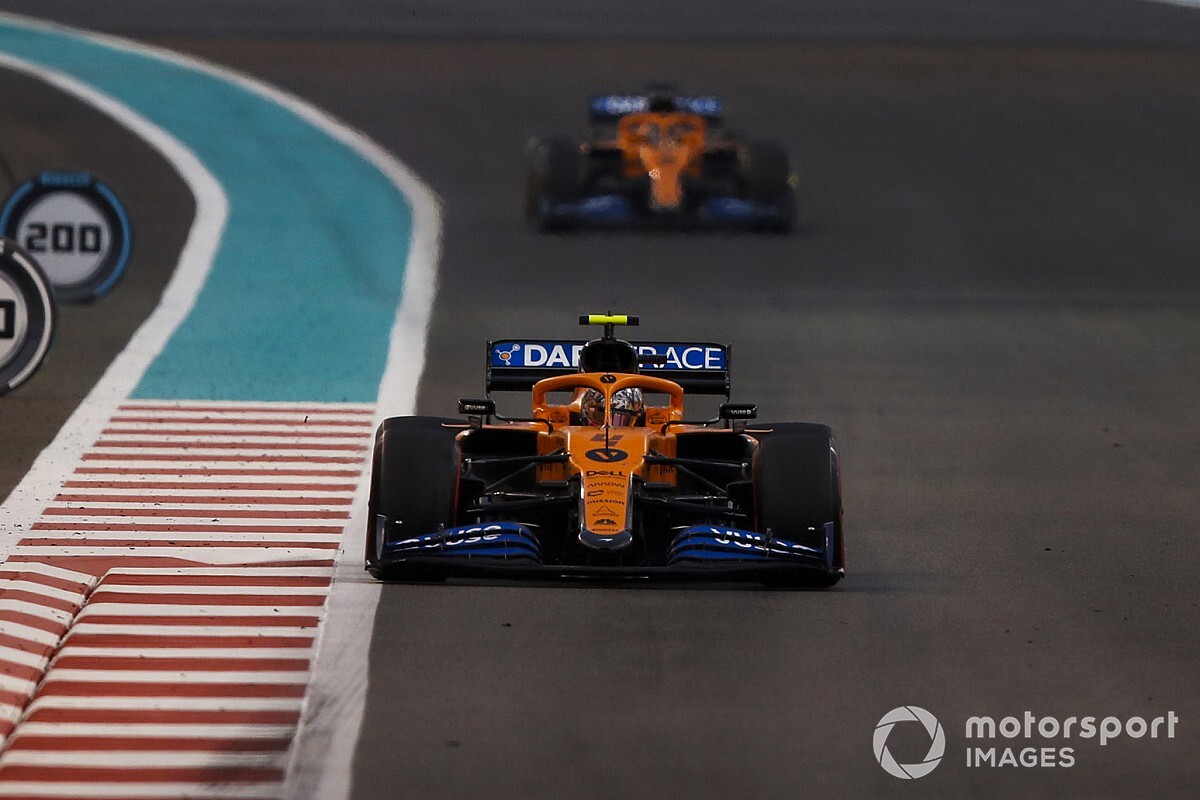 F1 announced last March that teams would continue to use their 2020 cars in 2021 to save on development costs, helping out financially due to the impact of the COVID-19 pandemic.

Teams were permitted to use two development tokens for major car upgrades, which McLaren was forced to spend on fitting the new Mercedes power unit, having planned the switch for 2021 before the carryover was announced.

While most teams have kept around 60% of their 2020 cars for 2021, McLaren has revealed that the scale of the Mercedes power unit switch means the majority of its MCL35M chassis is brand new.

"Whereas every other team will carry over most of its car from last year into this year, our switch to the Mercedes power unit means that’s not the case for us,” said McLaren production director Piers Thynne.

“It’s driven a huge amount of change and, essentially, we’ve been building a new car. The number of new parts on the MCL35M is about the same as when we built the MCL35.

“The back of the chassis and gearbox bell housing around the engine have changed significantly to adapt to the new power unit.

“Changing power unit greatly alters the architecture of the car and the way everything is packaged, so the entire cooling layout and all the pipework, be that for fluid or air, has changed, along with all electrical harnessing and control boxes.

“There are some significant elements of carryover as we enter the cost cap. The FIA created a list of Transitional Carry Over (TCO) components that are outside of this year’s cost cap. These are parts that can be used in 2021 if they were run on last year’s car.

“We’ve pushed these TCO regulations to the absolute maximum to allow us to carry over as much as possible, such as gearbox internals and some suspension components, and therefore not have to use a portion of our 2021 budget on their design and production.”

McLaren homologated the design of the MCL35M in December, with drivers Lando Norris and new arrival Daniel Ricciardo set to sample it for the first time at pre-season testing in March.

The team’s focus has now shifted to the design of its 2022 car since the window for aerodynamic development opened on 1 January.

Thynne said McLaren was “able to hit the ground running” with the wind tunnel programme for its 2022 car.

“In terms of the actual production of the ’22 car, it’s very early days and the focus is predominantly on parts to be tested in the wind tunnel,” Thynne said.

“As the aerodynamic design matures we’ll make more and more aero components for wind tunnel testing. These tests are really important: it’s all about establishing what works and what doesn’t because when we do come to build the ’22 car we want it to be right first time.

“The test pieces should push the boundaries aerodynamically because that’s how you gain performance. If they work, then great. If they don’t, we can always take a step back for the actual production part.

“You need to shoot for the stars and that’s exactly what were doing to get back to the front of the grid.”