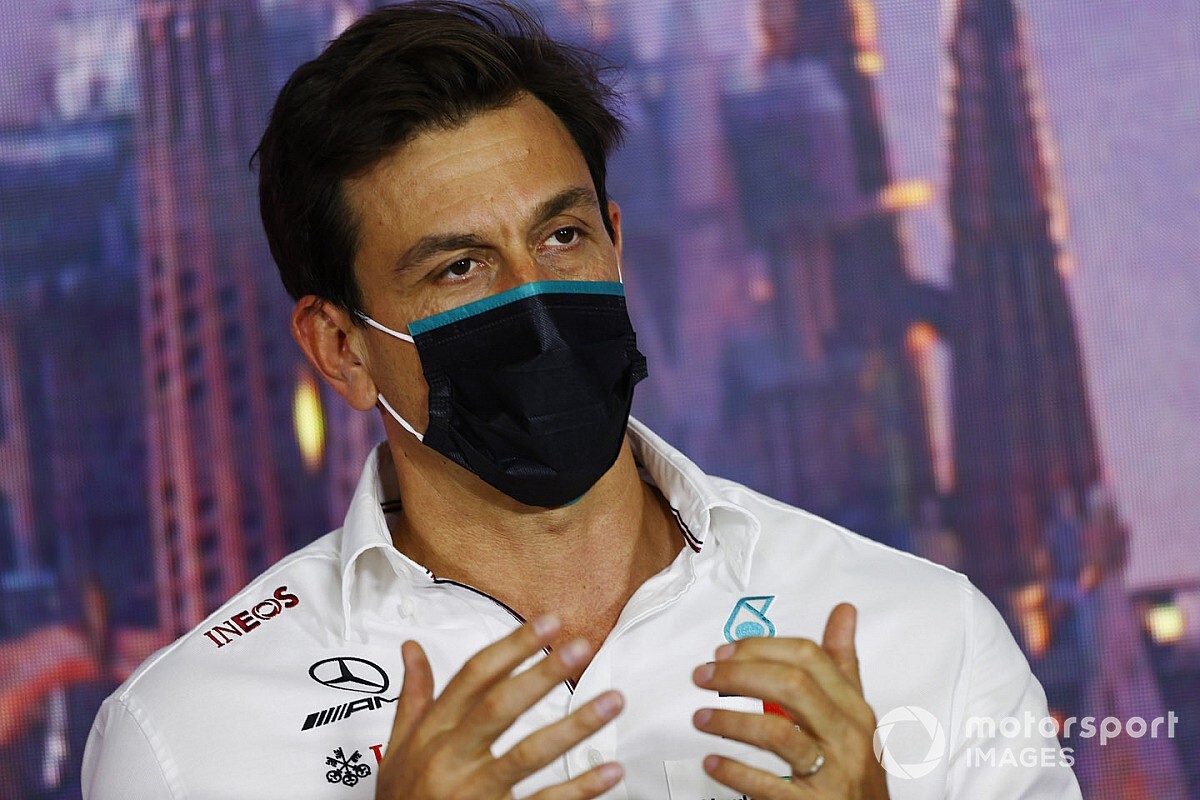 Mercedes is ready to "move forward" with signing the Concorde Agreement after talks with Formula 1 led to a change in opinion from team boss Toto Wolff.

Wolff said last Friday at Silverstone that Mercedes was not in a position to put pen to paper on F1's new commercial terms for 2021, feeling the team had not been "treated in the way we should have been" through talks.

F1 responded to Wolff's comments by saying it would "not be delayed any longer" in getting the new Concorde Agreement finalised, with a deadline set at the end of August.

Asked for an update on Mercedes' position on talks ahead of this weekend's Spanish Grand Prix, Wolff revealed he had changed his view on matters after talks with F1 CEO Chase Carey.

"I've been pretty vocal after the meetings that we had within the team, to say this is what we need and these are the clarifications we need in order to move forward," Wolff said.

"But I've changed my opinion in Silverstone. I don't think that the teams will ever be united. Everybody tries to achieve some little deals outside everybody. There's a blame culture in the media.

"So we have decided to move forward with Liberty. I've had some very constructive discussions with Chase over the last weekend, and most of the clarifications that we wanted to achieve have been discussed.

"I feel were are at a good point to sign the Concorde agreement and move on."

F1 has shifted its early-sign deadline for the Concorde Agreement to 18 August, with those signing before that date set to receive a financial bonus.

The majority of teams have already expressed their readiness to sign up to the new terms coming into force from 2020, making Wolff's opposition last week noteworthy.

Wolff expressed his frustration last week that teams were "up the arse" of Liberty Media, the commercial rights holder, in public while still wishing for some "cleaning up" of Concorde terms when discussing the deals privately.

The Mercedes team principal explained how the lack of a collective stance on matters had been difficult to broker through the talks.

"What frustrated me was that we as the teams are not capable of really joining up in order to have a common standpoint," Wolff said.

"Not in a way that goes against Liberty or FOM, not at all, but we're having these meetings and everybody seems to be interested in the same clarifications, and in the same kind of mark-up for contracts that are necessary.

"Then we leave the meetings, and on air, I hear opinions that differ very much from what was said within the meeting. That is a certain frustration, I don't know why that happens.

"I have clarified my position very clearly with the ones that I think pick up the phone immediately once the meeting is finished.

"I have come to a point that if we are not capable of us as the teams to have a joint standpoint for the benefits of the teams, then we'll have to go back and have our own."