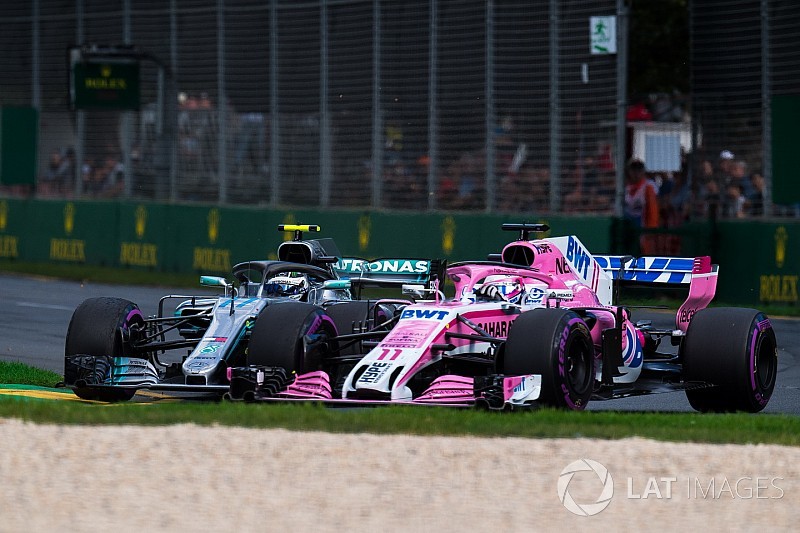 Mercedes boss Toto Wolff says Valtteri Bottas' struggle to progress up the order in the Australian Grand Prix shows how competitive the Formula 1 field is in 2018 - and reflects a "new world".

Bottas started 15th after crashing in qualifying and taking a grid penalty and, helped by the retirement of the two Haas drivers and a well-timed pitstop, he moved up to eighth by the flag.

While Bottas did make several passing moves at a track acknowledged to be among the most difficult to overtake on, Wolff agreed that it was harder to make progress than it might have been in the past, given the advantage that Mercedes used to enjoy over most of the field.

"I think this is the reality now," said Wolff. "I think he overtook more people than anybody else.

"He overtook [Lance] Stroll, he overtook [Esteban] Ocon and he overtook [Stoffel] Vandoorne, so made it three times, and then was lucky with the safety car.

"His timing was spot on and he wouldn't have made it into the top 10 without that, but I think the whole field is much more bunched up and there is no such situation of one car cruising through the fields like we have seen before.

"Welcome to the new world."

He added: "In terms of the pattern I think it will depend on the circuits. On less power sensitive circuits the Red Bull might be a little bit closer, but again I expect these three teams to be able to win races and go for the championship and you can see behind the group, there is McLaren, Renault and Haas, they are right up there, and for Max and for Valtteri it was not possible to overtake these cars."

Bottas confirmed that it was harder to make progress than in the past.

"Yeah, definitely," he said. "All the teams are closer so that makes it difficult. This year the cars have more downforce, so it's more difficult to follow than last year.

"The engine difference is not massive anymore. We still have a bit of an advantage over Renault, but it's not massive, and those cars they are not too bad in the corners. I couldn't get any closer really."