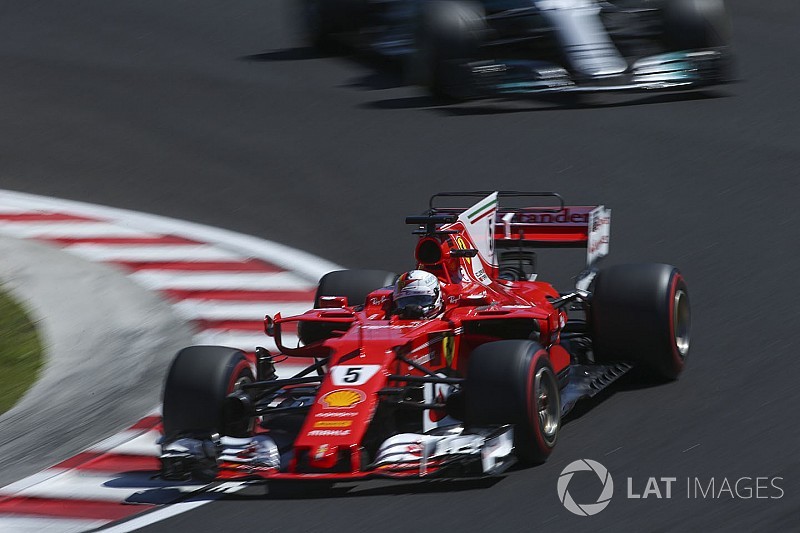 Mercedes boss Toto Wolff is convinced Ferrari's return to form at the Hungarian Grand Prix is track specific, as he is not too concerned that his team's rival may have made big progress with its car.

Ferrari put a host of updates to good use on a tight and twisty Hungaroring track, which better suits its SF70H car, to lock out the front row for the first time since Monaco in May.

But while Lewis Hamilton feared that Ferrari's progress was real and it had moved forward, Wolff believes that circuit characteristics are the real reason behind his team being beaten in qualifying.

"I think it is track specific," said Wolff, when asked by Motorsport.com about why he felt Ferrari were so strong this weekend.

"There are three tracks that are similar, high downforce tracks, Monaco, Budapest and Singapore, and we are starting to see a little bit of a pattern.

"The DNA of our car just seems to be running more stable on the faster circuits, and Ferrari is doing very well on the twisty slower circuits."

In fact, rather than be worried about Ferrari being stronger in Hungary, Wolff said he took encouragement from the fact that his team was closer to the Maranello team than it had been in Monaco.

"In Monte Carlo we had problems much worse than here," he said. "The car was new for us, and we discovered a pattern that we didn't see while being in Monaco.

"We have solved the problems – and this is what I take positive from the day: that we have become much closer to Ferrari on this type of circuit."

Although the difficulties of overtaking at the Hungaroring mean Ferrari is clear favourite for victory in the race, Wolff still senses opportunities for his drivers – especially in the opening seconds.

"There is definitely an opportunity off the start," he said. "If you have a good getaway, the straight line is 600-700m (actually 610m), there is an overtaking opportunity.

"And around Turn 1 and Turn 2 there are opportunities. But from then on it becomes a bit more difficult.

"For me it is still motor racing, a lot of things can happen during the race and we will see what end result it will be. From the pure car performance it is about damage limitation."