Mercedes has ruled out Vettel for 2021, claims Bottas 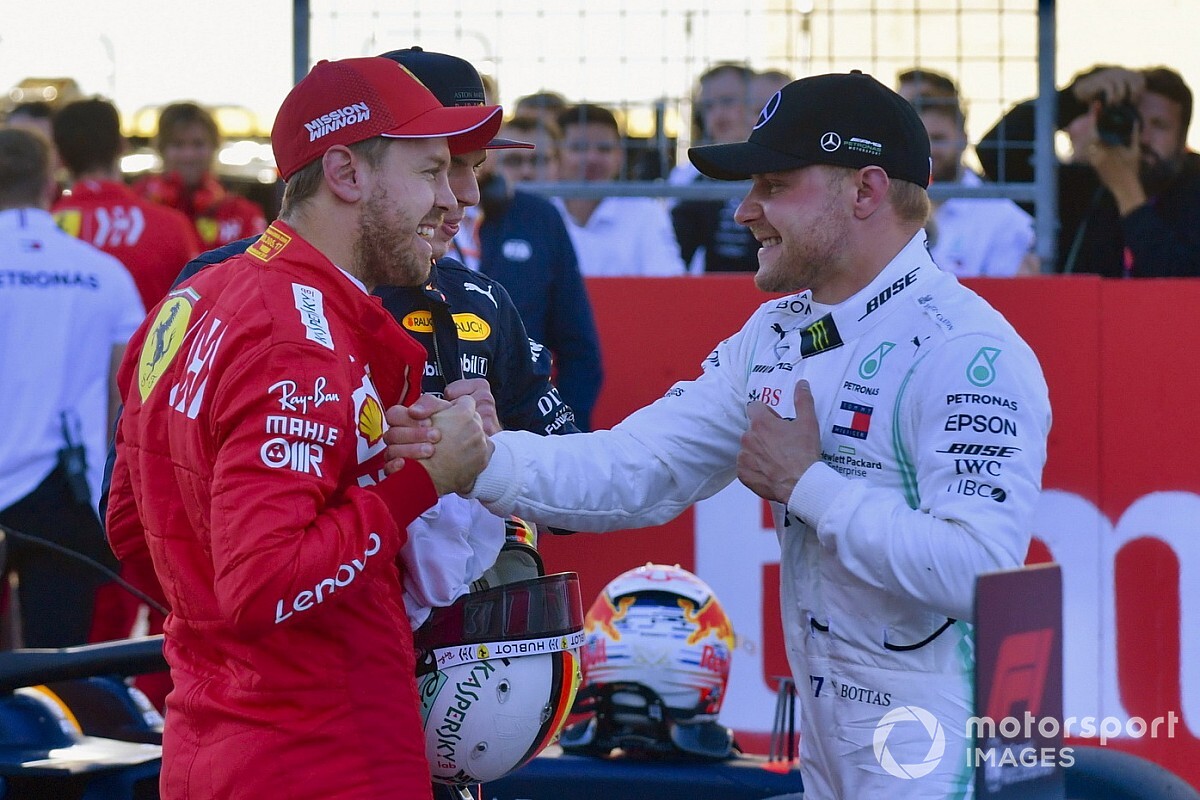 Valtteri Bottas says he has been told by Mercedes it is not considering signing Sebastian Vettel for the 2021 Formula 1 season.

Ferrari announced last month that four-time world champion Vettel would be leaving the team at the end of the year, replacing the German driver with McLaren’s Carlos Sainz Jr. It has left Vettel a free agent in the driver market for next year, leading to suggestions he could be signed by Mercedes to form an all-star line-up with six-time world champion Lewis Hamilton.

Mercedes F1 chief Toto Wolff said last week the team could not discount a move for Vettel, but stressed its focus lay with current drivers Hamilton and Bottas, both of whom are out of contract at the end of the year.

Bottas has now said that he does not feel any concern about Vettel being on the market, claiming he was told by Mercedes that the Ferrari driver was not under consideration for a seat in 2021.

“No, it doesn’t get to you,” Bottas said of the speculation in an interview with Sky Sports F1. “We’ve been very honest also with my team all the time, what’s the situation, and how it’s going to be contract-wise.

“I got a pretty straight message that no, they are not considering Seb, so I said fine, no worries then.”

Bottas’ future has been a regular topic throughout his time at Mercedes, always signing one-year contracts since joining the team for the 2017 season. The Finn said he feels no different about his future with Mercedes compared to any other years, and that some of the speculation has made him laugh.

“It’s the same as every year for me. It’s no different in any way than any other season for me,” Bottas said. “There are always talks, and the situation has been the same for me. I find it quite funny with not even a single race done, there’s been people getting my seat. It made me laugh a couple of times. There’s no pressure from that side, because I still have my clear goal for the season in my mind, and that’s it.

“Things will then sort themselves, one way or another, whatever is going to happen. I have no stress about that at all.”

Mercedes is widely expected to strike a fresh contract agreement with Hamilton soon before turning its attention to resolving Bottas’ future. The team has young drivers Esteban Ocon and George Russell on its junior programme, both of whom have been mooted as potential replacements for Bottas.

Ocon is contracted to Renault until the end of 2021, and it is understood Mercedes does not have an option on recalling him before that deal expires. Russell impressed with the backmarker Williams squad through his rookie season in 2019, and is highly-rated within the Mercedes camp as it looks toward the future.

Bottas said back in pre-season testing that he wanted a swifter resolution to talks than last year, when he was not announced for the following season until the end of August.

“There was a bit too much unnecessary talk outside the team – everything should have just been kept internal,” Bottas said in February. “I think it makes things easier, and for sure [we] learned that the earlier the decisions were made last year, it's always better.

“If you have to drag it on for August, September, then it kind of builds up and becomes more of a distraction.”