Mercedes could have given itself an edge over its rivals for this week’s Formula 1 tyre test in Abu Dhabi with the clever use of sensors. 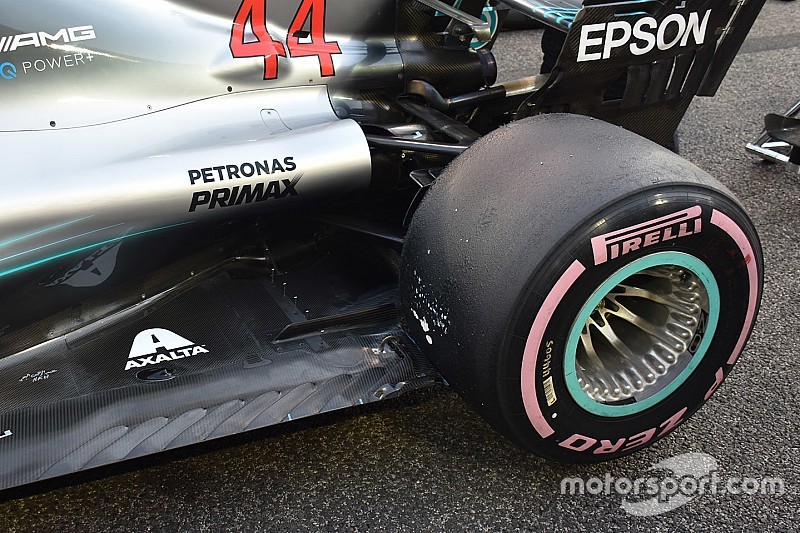 This week’s two-day run at the Yas Marina Circuit is aimed at giving teams the chance to test F1’s 2019 tyre construction and compounds.

In a bid to stop teams also using the opportunity to experiment with new parts, however, teams must run with a standard car that does not feature any items that have not been raced.

It was this rule that prevented teams from being able to try out 2019 front wings during this test.

The rules also stop teams from being able to fit extra sensors to their cars – as are allowed during free practice sessions – to help gather extra aerodynamic data.

However, Mercedes appears to have pulled a masterstroke by racing with some extra sensors on Lewis Hamilton’s car in the season closing Abu Dhabi Grand Prix – which means it will be able to keep the data-loggers on for the Pirelli test.

As the exclusive photo shows, the row of five pitot tubes, situated at the rear of the floor and ahead of the rear wheel, will be there to measure air speed around the sidepod’s rearward undercut.

One of the key influencers in terms of turbulence around this area of the car is the rear wheel, so using the sensors in the Abu Dhabi race as well as the test could deliver some helpful pointers about the impact of the 2019 changes – especially in terms of tyre defomation. 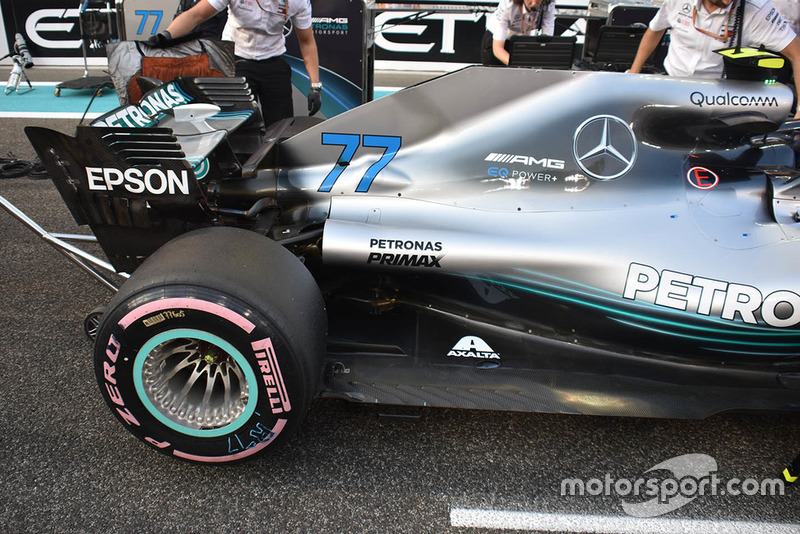