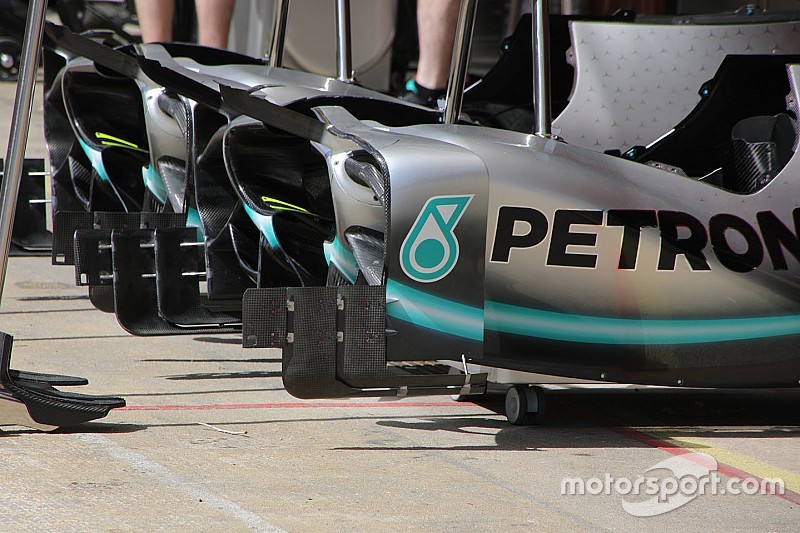 Mercedes has continued the development of its W10 Formula 1 ahead of the Spanish Grand Prix, bringing new turning vanes and a revised mirror concept for the first European race.

Increasing the number of sections from three to four, Mercedes hopes to better control the airflow being transported around the midriff of the car - as seen in Giorgio Piola's image above.

The team continues to buck the current trend of positioning the sidepod inlets high up, instead electing to use a more conventional layout - where the crash structure is at the top of the aperture, rather than the bottom.

This design choice means that Mercedes has a more pronounced sidepod undercut than its competitors, and so the shaping of the turning vane ahead of this affects how the air is carried to the back of the car.

The two centre elements have bottom edges that extend along the sidepod, which also work in tandem with the airflow pouring off of the bargeboards.

Curling the airflow around the bottom of the sidepod, this airflow is then sucked into the Coke bottle section at the rear end of the car, where the space opens out - creating a low-pressure zone at the back of the car to boost diffuser performance.

This is Mercedes' third distinct turning vane package in this area, and shortening the chord length of each element aims to cut off the turbulent transition point for greater control.

Mercedes has also emerged with a new mirror package, aiming to minimise the amount of disruption they usually produce to the aerodynamic balance. 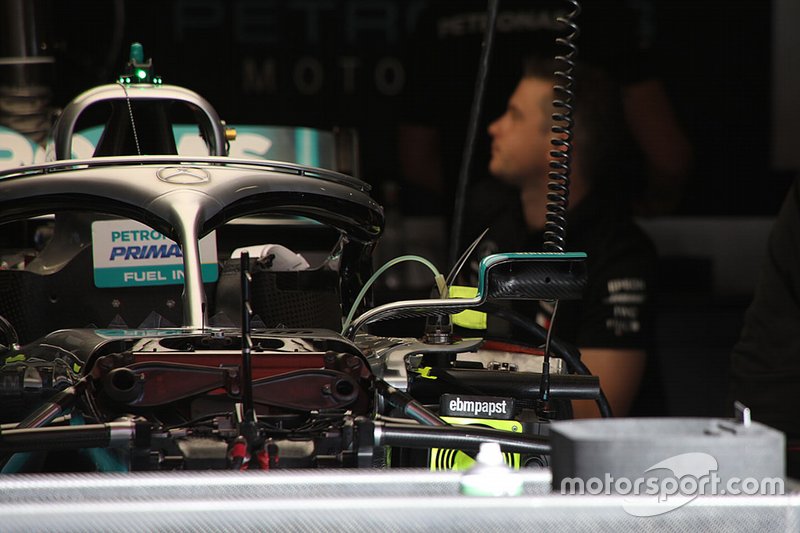 The old mirrors, conventional in design, posed a much greater risk to airflow separation, meaning that the aerodynamic geometry on top of the sidepod has a little more work to do in unpacking that turbulence.

With the additions made for Barcelona, the mounting at the top has a downwards-inclined trailing edge - producing a small degree of lift.

However, that also manoeuvres airflow downwards, directing it into the turbulence shed by the mirror - which forms a low pressure zone.

That trims that overall wake, producing marginal gains in cutting the overall drag produced by the mirror geometry.

Furthermore, Mercedes has also been spotted with pipework connected to the brake ducts, seemingly in an attempt to capture the front wheel blowing effect that Ferrari has worked with this season.

The 2019 regulations do not permit blown axle designs at the front, but this effect has been recaptured by blowing air through the wheel rim, managing the rotational component of airflow in this area to limit the drag it produces. 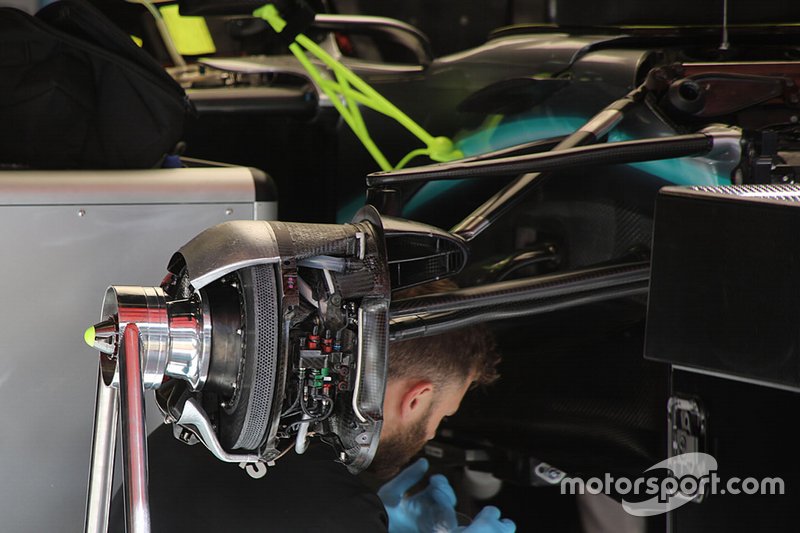