Mercedes says it will sit down after the Italian Grand Prix to discuss whether it should shift Valtteri Bottas into a support role for teammate Lewis Hamilton. 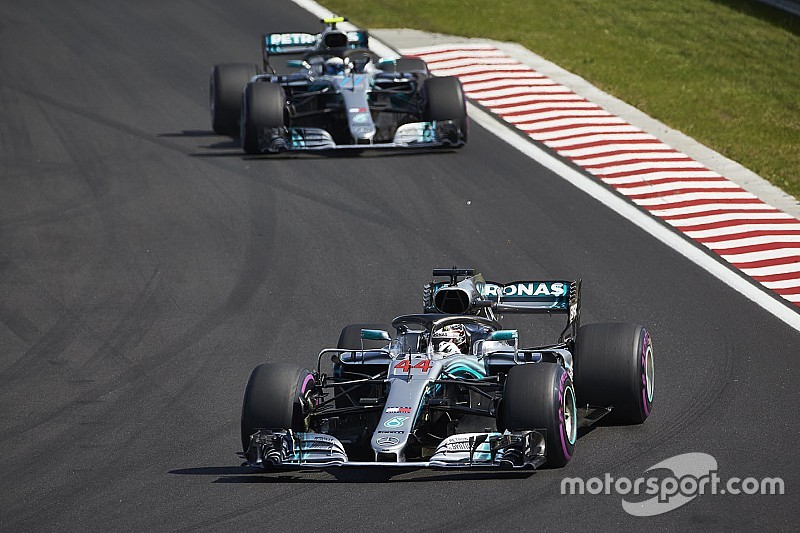 Both drivers share equal status at Mercedes but amid increasing pressure from Sebastian Vettel and Ferrari, the Brackley-based team may be forced to change its stance

Bottas is currently 87 points behind Hamilton in the standings with eight races to go – and potentially 200 points still available.

With Vettel only 17 points adrift of Hamilton at the top of the table, and the prospect of tracks coming up that may not suit Mercedes, the team says it is ready to have a think about what to do.

When asked after the Belgian Grand Prix if now was the right time to install Bottas as number two, Mercedes boss Toto Wolff said: "I hate to do that. It is completely against my racing instinct. We try to be very neutral to both drivers and we haven't done it yet, and we haven't discussed it.

"Let's see how Monza pans out and how it goes, and then we will address the question whether we need to put all force behind one driver. And we owe it to the two men and F1 to not interfere into the racing."

Wolff has admitted that Mercedes is facing a number of car 'deficits' in its battle with Ferrari, and says it's clear to him that Hamilton's current advantage in the drivers' standings is not enough to ensure a smooth run to the title.

"I am not confident that we will have enough of a margin," he said. "We will have some tracks that suit us, or that should suit us more.

"And then there will be tracks where we are definitely the challenger, like Singapore, and maybe Mexico. And this is a fact.

"Nevertheless there are eight more races to go, many points to score and now is the time to really outperform and answer some of the questions."

Why F1's halo debate must end after Spa crash