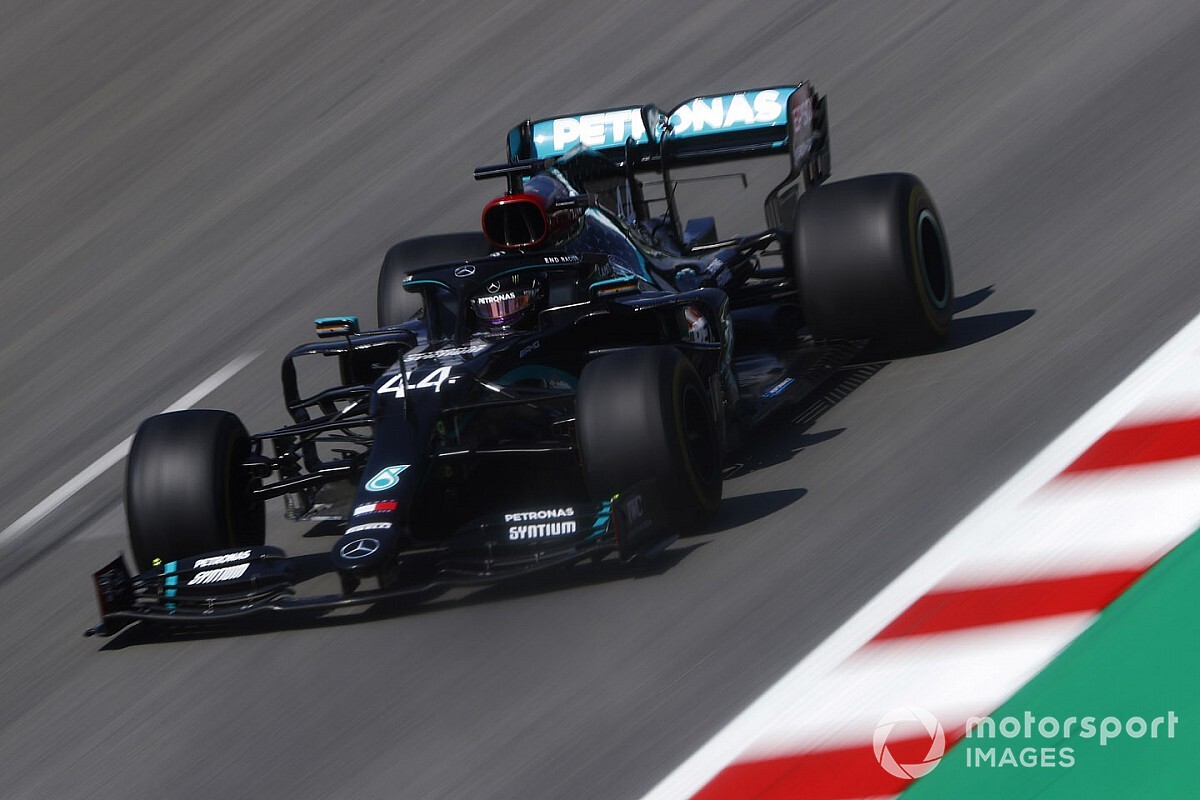 Mercedes Formula 1 technical director James Allison says the team is “in better shape” managing its tyre temperatures in Spain than it was last weekend at Silverstone.

Mercedes fell to its first defeat of the 2020 season at the 70th Anniversary Grand Prix last Sunday after struggling with blistering on the rear tyres of both its cars during the race.

It left Lewis Hamilton and Valtteri Bottas unable to keep up with Red Bull’s Max Verstappen, who swept to an unlikely victory after a masterclass in tyre management.

Mercedes struggled at Silverstone due to high track temperatures and a softer selection of tyres supplied by Pirelli for the race weekend.

The team said earlier this week it would be “foolish” not to anticipate a repeat of the issues this weekend at the Spanish Grand Prix, taking place at the height of summer.

Mercedes managed to take a 1-2 finish in both FP1 and FP2 on Friday at Silverstone, but afternoon leader Hamilton warned that Red Bull looked within striking distance over the longer runs.

Speaking after the opening two practice sessions in Barcelona, Allison explained how the team had spent the running trying to build on its analysis of its Silverstone struggles completed in the last few days.

“We spent the week back at the factory trying to understand why it was we had such poor rear blistering on the car in Silverstone, trying to make sure our set-ups for this weekend are taking that into account, and improving the situation,” Allison explained.

“Today’s programme was really constructed on proving out whether that analysis has borne fruit. On all three types of tyre, both in short and long runs, trying to make sure that on this very, very hot track, this demanding, aerodynamic track, that we’ve got the tyres better under control.”

Allison echoed Hamilton’s warning about the threat posed by Red Bull, but said Mercedes had managed to get on top of its tyre issues more than at Silverstone.

“We still had pretty fair pace on the single lap stuff, but it is going to be tight in the race,” Allison said.

“We could see in the long runs, us and Verstappen were fairly evenly matched.

“On the plus side, we do look like we have the temperatures of the tyres in better shape than we did at Silverstone. So it’s all to play for."