Mercedes initially did not fully understand the engine upgrade that it introduced for the second half of the 2018 Formula 1 season.

The defining moment in the F1 title battle between Lewis Hamilton and Sebastian Vettel came following the summer break, when Mercedes responded to defeat at the Belgian Grand Prix.

After Hamilton seized on lap one Ferrari infighting to triumph at the subsequent Italian GP, Mercedes' performance in Singapore put its rival on the back foot and led to a decisive run of races that sealed the crown.

The Spa result had suggested Ferrari would carry its pre-summer pace advantage into the title run-in, but Wolff has revealed why Mercedes underperformed in Belgium.

"We brought an upgrade to the power unit in Spa that we didn't quite understand yet," Wolff told Motorsport.com.

"It was a work in progress in how to deploy the energy in the right way.

"Also in Spa we were a bit unfortunate because they [Ferrari] had much strong straightline speed, and we were not competitive in the single most important corner on the track [La Source], where you take all the speed for the straight. So we were unlucky there.

"Then, we kind of got things right. The calibration of the engine was more sound in Monza, the engineers understood the car a little bit better, we understood what happened in La Source, which we proved in Singapore.

"Somehow I believe that the learning in Spa and after Spa contributed a lot to our gain in performance. Plus, some development steps we took earlier in the spring also found their way onto the car."

Wolff believes Monza was also an important moment in hurting Ferrari psychologically, even though the points Vettel lost in his opening lap collision with Hamilton were not that great.

"I think Monza was maybe more a mental setback for them, but if Sebastian would have survived the contact on lap one he would either have won the race or finished second," Wolff said.

"I think we were pretty good there, and it would have been a pretty good fight. He finished fifth, so in terms of points it wasn't dramatic.

"But it was also about our momentum being good. They put it all into Monza, to make 2017 go away, and put a lot of effort into Monza 2018 and we won.

"Then we went to Singapore, a track where they were the absolutely favourites, and we were quicker.

"We took the momentum to Sochi and to Suzuka and that was it."

"It's why the relief winning those two championships this year was much more satisfying than last year." 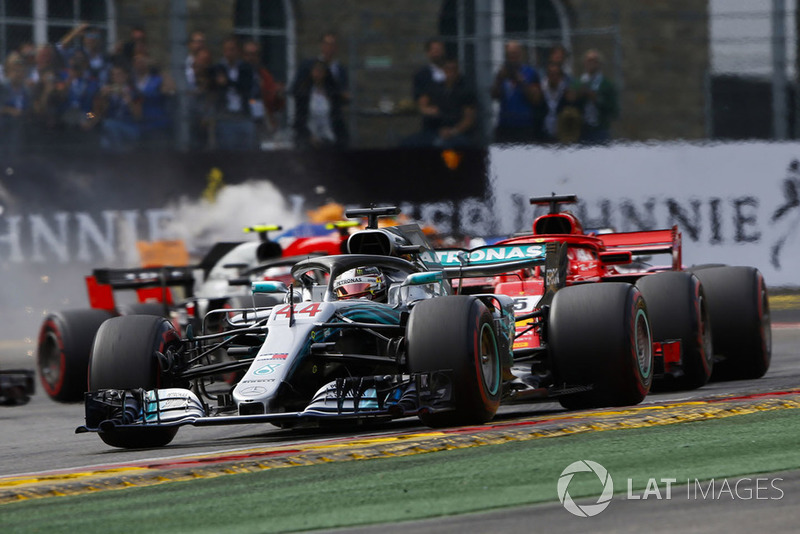 The contradictory 2019 rule change that 'fooled the FIA'