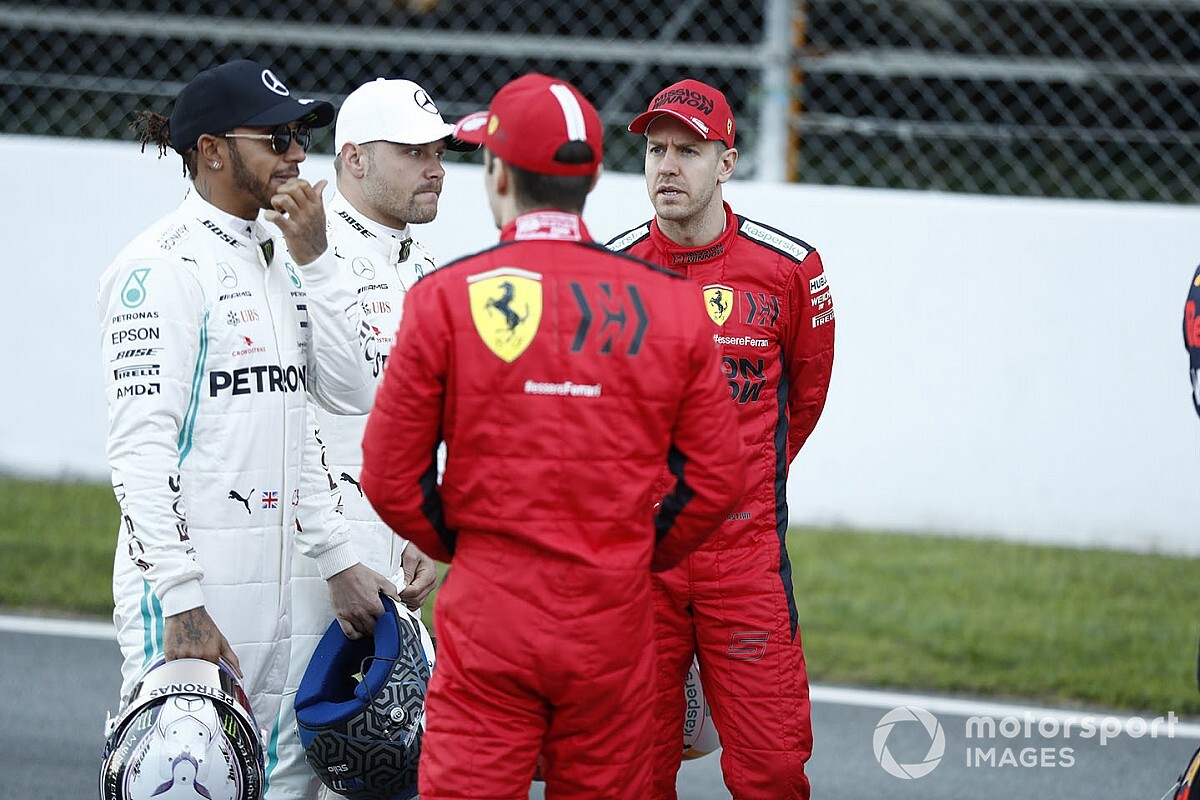 Toto Wolff says Mercedes must take Sebastian Vettel's exit from Ferrari into consideration when deciding on its future driver line-up.

Ferrari announced on Tuesday morning that four-time world champion Vettel would be leaving at the end of the 2020 season after both parties decided against renewing the contract following a breakdown in talks.

Vettel's departure is set to have major ramifications on the driver market for 2021, reaching as far as the Mercedes team, where incumbent drivers Lewis Hamilton and Valtteri Bottas are both out of contract at the end of the year.

Mercedes F1 chief Wolff said that while the team was loyal to its existing drivers, it had to consider the effects of Vettel's departure from Ferrari.

"Sebastian is a great driver, a major personality and an asset to any Formula 1 team," Wolff said.

"When looking to the future, our first loyalty lies with the current Mercedes drivers.

"But naturally we must take this development into consideration."

Mercedes is currently in talks with six-time world champion Hamilton over a new F1 contract, with his existing three-year deal coming to an end in 2020.

Hamilton has been linked with a switch to Ferrari since the end of last year after meeting the Italian manufacturer's chairman, John Elkann, at a social event.

Hamilton has since distanced himself from talk of a move away from Mercedes, saying last month there was "no dream of a dash to another team" in response to reports.

Although Hamilton is expected to remain at Mercedes for 2021 and beyond, Vettel's exit will add an extra dimension to his ongoing negotiations with the team given the vacant seat.

News of Vettel's departure is also set to have a bearing on Bottas' future. The Finn has signed one-year extensions each season with Mercedes since joining in 2017, but was left to sweat until late August last year to be confirmed for 2020.

Bottas said during pre-season testing he hoped talks over a new contract for 2021 would take place more privately and be resolved earlier than last year.

The possibility of Ferrari swooping for Bottas as a replacement for Vettel alongside Charles Leclerc may prompt Mercedes to try and advance talks with its driver sooner.

Were Hamilton to have a change of heart and opt for a sensational move to Ferrari, it would theoretically open up a seat for Vettel should the German driver be of interest to Mercedes.

An exit for Bottas could create the possibility for a lucrative Hamilton/Vettel partnership in 2021 that would boast at least 10 world titles. However, such a possibility seems far off given the financial sums involved, let alone the need to satisfy two drivers who would expect to be the team leader.

Current Williams driver George Russell is also a potential candidate for a seat with Mercedes in 2021 as the leading member of its junior programme.

Russell famously tried to convince Williams to sign him for the 2018 season by making a Powerpoint presentation - something he teased again on Twitter on Tuesday following confirmation of Vettel's departure.