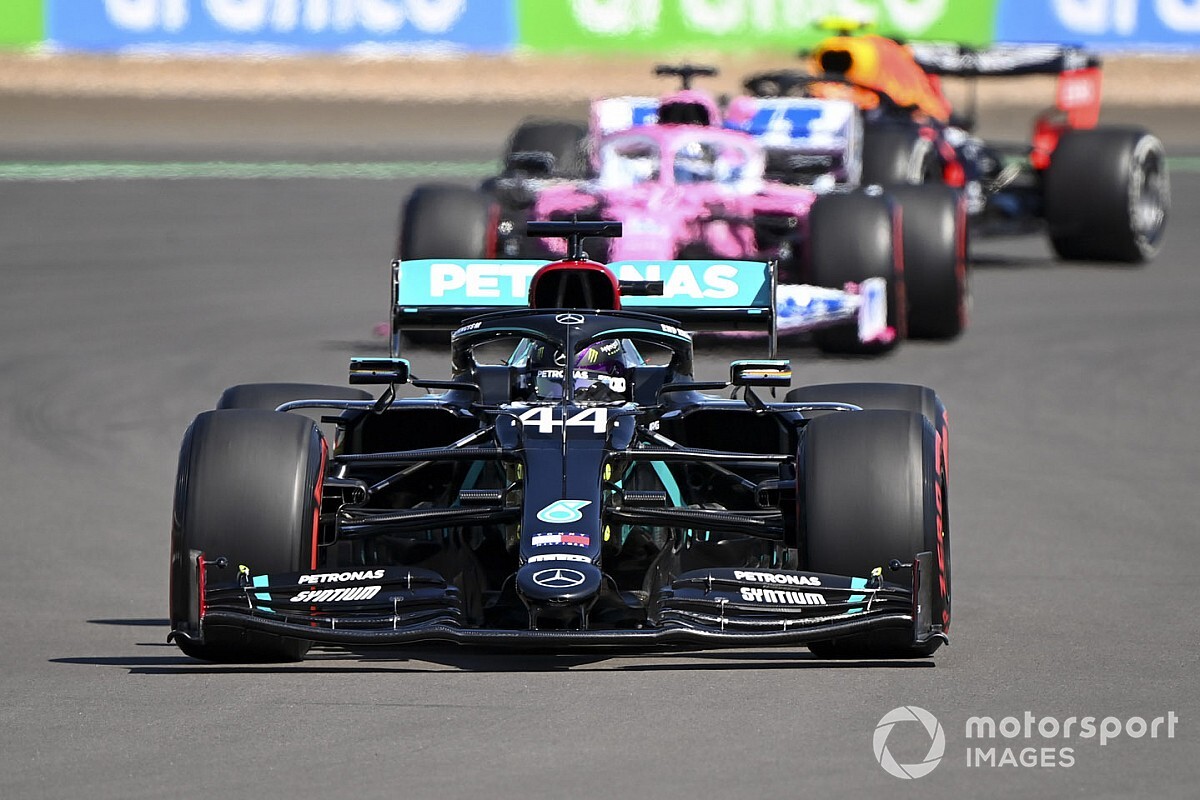 Mercedes Formula 1 boss Toto Wolff says he has "zero worries" about the team being implicated in any kind of wrongdoing in the Racing Point brake duct saga.

Today's verdict from the FIA stewards revealed that Mercedes provided Racing Point with CAD data on the brake duct designs of its W10 in 2019, which was legal at the time.

It was also revealed that the Brackley team supplied its partner outfit with a set of brake ducts on January 6 this year, after the sporting regulations specified that they were listed parts and have to be designed by teams.

However, the FIA stewards accepted that the ducts were not used and made little difference as Racing Point had already received the designs.

"We feel 100 percent comfortable with our position," said Wolff. "We have read the rules over and over again. The verdict that came out today is extremely complicated, and comes up with an interpretation that is new to all of us.

"We have provided certain data in 2019, which was totally within the rules. The January 6 [delivery of ducts] has no material effect on any of the action, because the whole thing was delivered much earlier.

"And all the CAD drawings and designs were delivered much earlier. And Racing Point and ourselves are still of the opinion that it's within the regulations."

Wolff stressed that the co-operation between the teams was good for both parties.

"I see some benefits," he said. "I think we have a team that is competing amongst the front running teams now.

"This was very much the aim, and on the other side, it provides a great source of income for us as a big team, we're able to monetize some of the technologies that otherwise wouldn't be monetized. And I think it's a win-win situation.

"I respect the opinion of the other side, that cars shouldn't look like some other cars. Now, none of the regulations prohibits that. This special situation arose because a non-listed part became a listed part.

"So while it was a non-listed part, things were supplied, but we can have that legal discussion endlessly, but at the end, to be honest, there is zero worry on our side.

"And when I say zero, I mean zero, that we were in any breach. Nor do I think that Racing Point was in breach, and I believe that if that would go to the ICA [International Court of Appeal], it would probably be a complex matter, because it's technical, but I doubt there would be any outcome."

Wolff downplayed Racing Point copying the overall aerodynamic concept of the W10 – which the team did via photographs and 'reverse engineering' - by stressing that every team copies to some degree.

"I don't think that the brake ducts are the reason that they suddenly come for the first six positions. I think it's a splendid engineering team there that has extracted the most from the regulations. I think we can have the debate of, 'Do we want this going forward in terms of having copies of old cars?'

"Our belief there is nothing that was against the regulations, because the technology exists. And we saw it last year, on a few occasions, one of our main competitors with a 3D camera that is quite a thing, you need to have it on your shoulders, scanning our cars, in the garage and outside of the garage.

"So scanning the whole car, and when you plug that into a computer, it gives you all the shapes.

"And so this technology exists. There is nothing that prohibits that. Everybody has spy photographers sitting on the roofs of the opposite building, we're zooming into the smallest detail on every car, and if we don't want this to happen then we need to close that avenue."