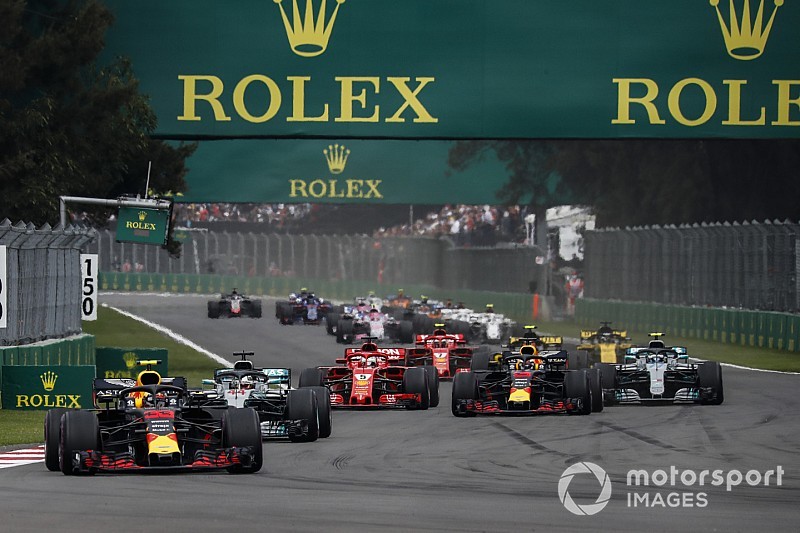 The promoter behind the Mexican Grand Prix has distanced itself from last night’s statement from the Formula One Promoters’ Association – and given its support to Liberty.

FOPA issued its statement after a meeting on Monday that was said to involve 16 of the current 21 promoters, ahead of a further meeting between Liberty and all the promoters in London on Tuesday.

The Mexican promoter clearly wanted to distance itself from any controversy that FOPA’s views have stirred up, and issued a statement outlining its own views this evening, complimenting Liberty.

It said it was not party to Monday’s meeting, and stressed that it wants to conduct negotiations out of the public eye.

“Following the statement made by the Formula One Promoters’ Association (FOPA), the F1 Gran Premio de Mexico promoters want to express their sympathy with the promoters from other countries, understanding that each country and race is different," read the statement.

"In addition, the Mexican Grand Prix’s promoters welcome the ongoing collaboration and good relationships with the rest of the promoters.

“However, F1 Gran Premio de Mexico did not participate in said meeting and appreciate the work that the new owners of F1 are doing to understand the promoters’ requirements and concerns, as well as those from the fans.

“The Mexican Grand Prix’s promoters recognise that the new administration of F1 has listened and been sensitive to their concerns, with both parties working very closely together. As a result, they do not agree with what was released by the Formula One Promoters’ Association on their behalf.

“The Mexican promoters and F1 continue the negotiations regarding the renewal of the F1 Gran Premio de Mexico contract in private.”

The five races that are believed to be outside FOPA and thus not implied to be parties to the original statement are China, Bahrain, Abu Dhabi, Russia and Japan.