Formula 1 CEO Chase Carey has revealed that he is "making steps" in ongoing talks over a future Miami Grand Prix. 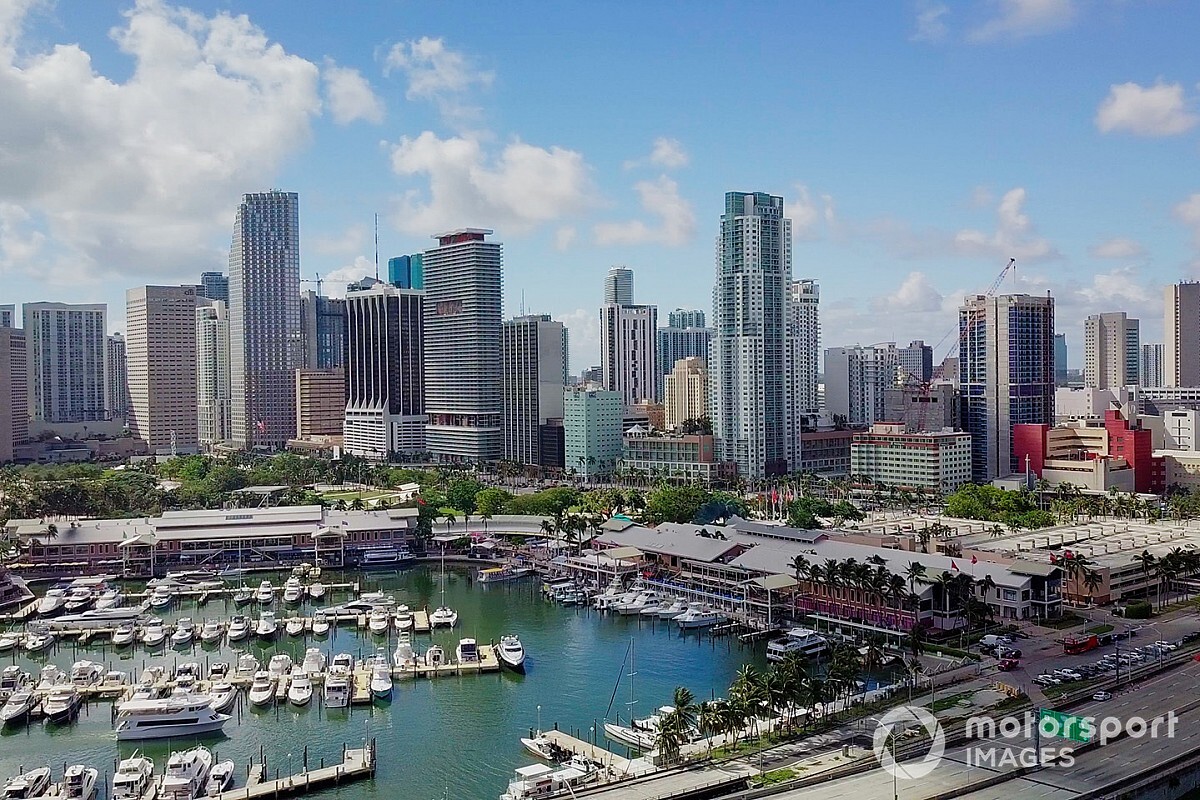 Liberty originally wanted the race to take place around the waterfront and harbour area, and had put extensive efforts into designing a circuit and gaining support from the relevant authorities.

However, complications concerning permissions and opposition from local residents meant that promoter RSE Ventures has switched focus to the land around the Hard Rock football stadium, which it owns, and where there is less opposition and less red tape to be dealt with.

Carey stressed that building the sport in the USA via an extra race in Miami or Las Vegas remains a priority.

The stadium location has far less appeal than the original site, but it may prove to be Liberty's only opportunity to achieve its target of a new race in its home country.

"We've been quite public about our goals to pursue the opportunity in the US," he said in a call with Wall Street analysts.

"Actually our television audience has grown well this year. When you look at digital, it has actually been a positive surprise, because we weren't doing anything in digital until we started to measure the engagement we had in the US digitally.

"There are a lot more fans here than people believe there are, so I think we're excited about those opportunities. We've talked about adding races in what we call destination cities like Las Vegas or Miami.

"We've been engaged for the last year there, I think we've made good headway. We continue to [do so], I have meetings next week with parties there, I had meetings a month ago there. We feel it's important, we feel we're making steps.

"We recognise that there are multiple elements in continuing to grow and build the sport, engage the fan base here. We're making good headway on it. Probably the first step would be adding that race in a city like Miami or Las Vegas."

Asked about next year's schedule Carey said: "We expect to announce the 2020 calendar in the next few weeks. I think it's largely finalised now.

"In general we expect the number of races in the next few years to increase a bit. There's a limit to by how much, but I think we do expect it to go up marginally. As we announce the calendar we will provide more insights as to when and where that occurs."

Carey expects an increase in overall revenue from race hosting fees in the future, as extra events are added and events that had what he regards as cheap deals from the Bernie Ecclestone area are obliged to pay more.

"We do view this about an area of revenue growth for us, just to put it simply. It's not consistent with every event, some events are different," he said. "I think in some places the events are more mature, but I think we do expect and do look for this to increasingly be an area of opportunity for us.

"Adding a couple of races is a factor. I think we are very excited about the demand interest, the number of places that want to host a race, and obviously supply and demand is important.

"We value our historic relationships, but it is important to carve out opportunities to add a new race when the demand is there, and the appetite is there, for stepping up for that.